Corus Wijk Aan Zee 2008 will be one of the top chess events in 2008.
As it is a tradition, you will be able to follow live the games from
Corus at Chessdom.com with live GM/IM commentary. Various games will
be covered daily, both from Corus A and Corus B groups.

Besides the live commentary, the official photo and video reporter of Chessdom, Carla Amse, will be in Wijk Aan Zee.

Welcome to the Chessdom live coverage of Corus 2008! Today we will be
covering games from all three groups of the Wijk Aan Zee tournament.

In Corus A we will focus our attention on the games Mamedyarov –
Carlsen and Aronian – Topalov. From Corus B we will feature the game
between Spoelman and Cheparinov. In group C we will have Peng –
Caruana. 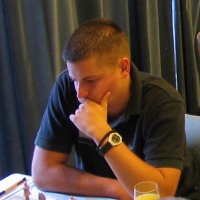 Mamedyarov and Carlsen is one of the derby matches in round 1. Carlsen
had a fantastic performance at the recently played Chess World Cup, as he

reached the semi finals and qualified for the Chess Grand Prix series.
Mamedyarov did not have such a good tournament in Khanty – Mansiysk,
but he has been for quite a long time a top 10 player. Mamedyarov is
currently 6th in the World with ELO 2760. Carlsen is the top junior,
with ELO 2733.

The game will be commented live by IM Miodrag Perunovic, on of the top coaches at the Chessdom Chess Academy 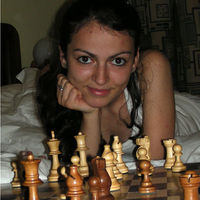 Aronian and Topalov have to arrange past issues, as they finished tied first (with Radjabov) in the 2006 edition of Corus. This time they have the
chance to resolve the stalemate situation in the first round of the

competition. Sparks are expected! Both are playing sharp chess and
always aiming for the win no matter with black or white. 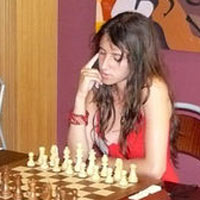 The top rated player in Corus B Ivan Cheparinov starts against the
player with the lowest rating IM Wouter Spoelman. The rating
difference is close to 300 points, but we witness more and more
surprises in such situations in modern chess. This is especially true
when the higher rated player has the black pieces and this is exactly
the case.

The Corus B derby is commented by WFM Iva Videnov. 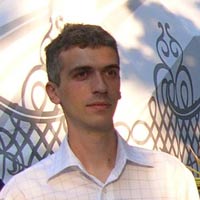 Caruana was initially scheduled to play in Corus B, however two weeks
ago he was transfered to Corus C for an unknown reason. He has had a
very successful year winning many events and has always performed more
than his rating. In round one, he is set to meet the top local women player
Zhaoqin Peng, who is also holding men Grandmaster title. Again we have the situation that the higher rated player (in that case

Caruana) will have the black pieces.

The top game of Corus C will be commented by the Chessdom editor-in-chief and Chess Strategy author Goran Urosevic.