The first six placed participants qualified to the Absolute Argentine Championship, which will be played from August 24th to September 6th at Provincia de Chaco with 100.000 pesos in prizes.

The main interest of the players was to qualify to the Absolute Championship, so most of the interest was put on who would get the coveted sixth place in the standings. The young FM Kevin Paveto got the pass, leaving out the two rating favorites – GMs Salvador Alonso and Diego Valerga. 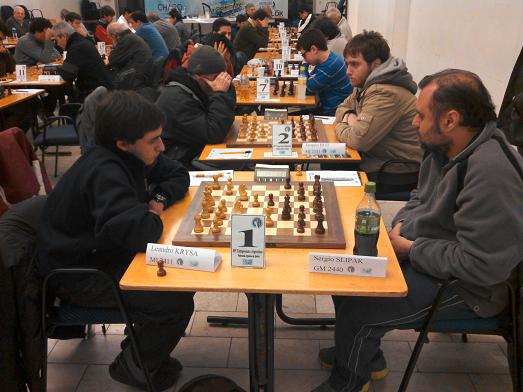 This event coincided with the 60th anniversary of the biggest achievement in Argentine chess, Oscar Panno’s victory at the 1953 World Youth Championship. The legendary grandmaster received a plaque given out by the Argentine Chess Federation.