The 10th Edmonton International Chess Festival is scheduled to take place between June 19 and June 28, 2015, at the Edmonton Chess Club, in Alberta, Canada.

The event promises to be a great tournament and a perfect way to celebrate the 10th anniversary of Alberta’s first annual International competition. It will be played in a 10 player round-robin format with tempo of play 90′ X 40 moves + 30′ + 30″. 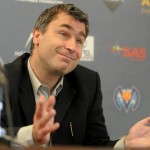 This will be Ivanchuk’s third appearance in Edmonton as he previously won the 2005 Canadian Open and last year’s Edmonton International competition. 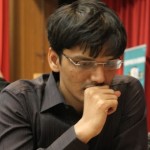 GM Pentala Harikrishna (2733) is the second highest ranked player from India and he is only behind the legendary Viswanathan Anand.  He is currenly ranked 25th in the world.

He represented India in chess Olympiads six times. His major individual accomplishments include: Winning the World Under 20 Championship (2004), the Asian Championship (2011), and the Masters Open Biel Tournament (2013).

This will be GM Harikrishna’s first Edmonton International. 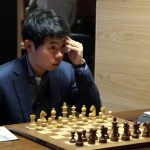 GM Wang Hao (2710) from China will be making his first appearance in the Edmonton International!

He is known for his aggressive style and interesting games.

His biggest tournament victories include: Rekjavik, Iceland (2008), Bazna, Bosnia (2010), Biel, Switzerland (2012).  The latter was ahead of the current world champion-Magnus Carlsen. 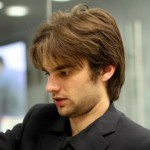 GM Samuel Shankland (2656) from the United-States will be making a second consecutive trip to take part in the Edmonton International. He tied for 3rd last year with 5,5/9.

Currently ranked fifth in the US.  GM Shankland’s major accomplishments include: winning the individual gold medal in the 2014 Tromso Olympiad, tying for first in the 2008 World Under 18 championship and taking 3rd in the 2011 US Championship. 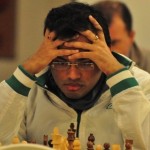 GM Surya Shekhar Ganguly (2625) from India will be playing in the Edmonton International for the 2nd time, as his first appearance was back in 2008.

GM Ganguly was a member of Anand’s team as he helped the World Champion in preparation for his matches against Kramnik, Topalov and Gelfand. 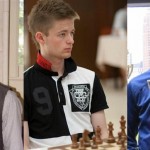 IM Aman Hambleton (2438) from Ottawa will make his first attendance.

He is one of the top players in Canada and he has represented the country in many international competitions including the 2014 Chess Olympiad.

Aman’s tournament successes include winning the Canadian U-18 championship and tying for third in the very strong Ortisei Chess Festival behind only GMs Nisipeanu and Volkov. Currently Aman is studying at Western University and teaching chess. 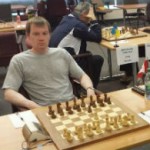 FM Vladimir Pechenkin from Edmonton managed to accomplish one of the biggest upset results of the event last year as he drew the pre-tournament favourite, Grandmaster Wesley So.

If in good shape Vlad is capable of showing a good result, which he proved at the 2012 Calgary International where he earned an IM norm.

This will be Vlad’s 7th appearance in the Edmonton International.  His best result was a tie for fourth at the 2011 edition with 5/9. 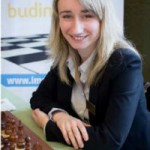 WIM/FM Agnieszka Matras-Clement (2269) from Poland recently moved to Alberta and already managed to make her mark on the local chess scene as she reached the semi-finals at the 2015 Edmonton Championship.

Some of Agnieszka’s major accomplishments include: 2002 European U-20 Women’s Active Chess Champion, a member of the World Champion U-20 team Poland (2001).

WIM Matras-Clement is also eligible for a FIDE Master title which she didn’t officially receive yet. This will be her first ever appearance in the Edmonton International. 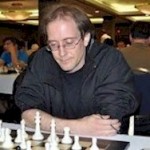 FM Dale Haessel (2180) is the only player to participate in all 10 Edmonton Internationals.

His best performance to date came in the 2011 Calgary International where he scored an IM norm.

Dale’s best performance in his 9 previous appearances came in 2008 when he scored 4.5/9. 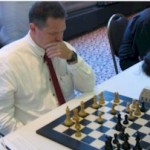 Robert Gardner (2110) won the Qualifier tournament which allowed him to participate in this event. Rob “The Rocket” has been on the Alberta chess scene for more than three decades.

This will be NM Gardner’s sixth Edmonton International participation, his best result came in the 2012 edition when he scored 5/9 and achieved a very deserved IM norm.