Grandmaster Vaibhav Suri nosed ahead of the field with a brilliant endgame display against higher ranked Grandmaster Magesh Chandran Panchanathan in the seventh round of the premier section of 11th Parsvnath International Chess Festival in progress here at Ludlow Castle sports complex.

Round 7 video by Vijay Kumar

On what turned out to be an excellent day for players with black pieces, Grandmasters Aleksej Aleksandrov of Belarus, Marat Dzhumaev from Uzbekistan and M R Lalith Babu made merry on the top boards and jumped to joint second spot.

With Suri on 6 points from seven matches, the three pursuers are on his heels a half point behind and the coming rounds promises excitement for the chess buffs. 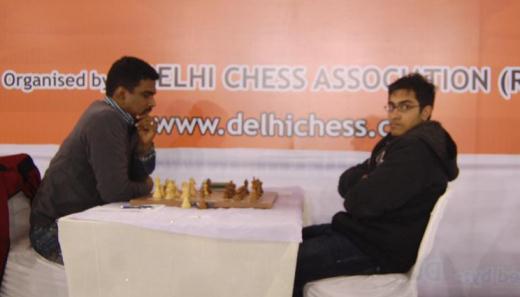 Suri’s victory with black was possible after Magesh Chandran Panchanathan went haywire with his plans from what looked like an approximately equal endgame. The Delhi boy however took the victory as it came with black pieces and is now in serious contention for the biggest victory of his career.

A wolf-pack of eight players is on five points. They are Lu Shanglei from China, Niaz Murshed of Bangladesh, Henrik Teske from Germany, Kiril Kuderinov of Kazakhstan, Jahongir Vakhidov of Uzbekistan and Indians Chandra, Sahaj Grover and Murali Karthikeyan.

Swapnil Dhopade was in contention for a long time but missed out on chances to equalize against Dzhumaev. The Uzbek GM won an exchange and showed his technical prowess to clinch the issue. 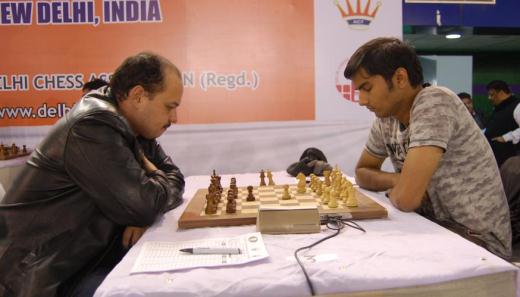 Lalith Babu had a difficult game to defend against Ankit Rajpara who in fact blundered and landed in a lost endgame.

Murali Karthikeyan kept himself in quest for a GM norm after drawing with V Vishnu Prasanna. The 13-year old will next meet Magesh Chandran.

Top seed Abhijeet Gupta made a recovery of sorts defeating Anurag Mahamal in a one-sided affair. Gupta took his tally to 4.5 points after the victory. 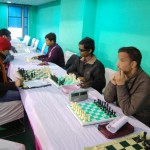 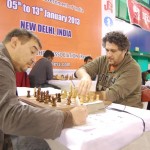 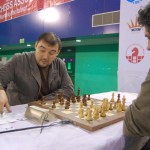 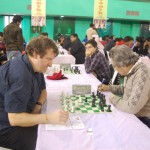 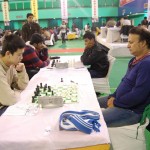 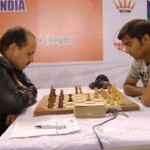 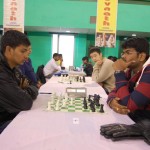 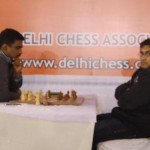 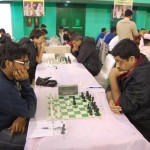 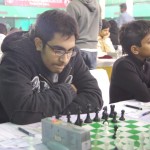 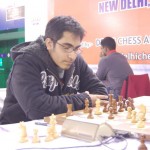