The 11th Rochefort Open tournament is set to take place from 25th February to 2nd March in the Congres Palais, in Rochefort, France.

Over 100 players, of which more than 20 titled players, have signed in advance. The organizers have invested big effort to propose an interesting tournament for all-level players. 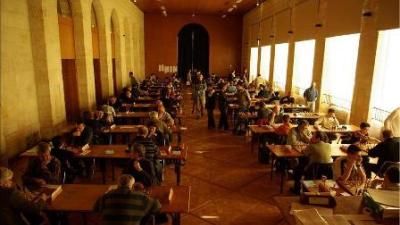 Players will be separated in two tournaments: Open A for players with rating above 1900 and Open B for players under 2000, the objective being to reduce the rating differences and to increase norm chances of players.

Information about the tournament is available at www.echiquier-rochefortais.com. Thanks to IA Dominique Dervieux.