Morales Santos will represent her home country of Puerto Rico at the 41st World Chess Olympiad, to be held Aug. 1 through 15 in Tromso, Norway. 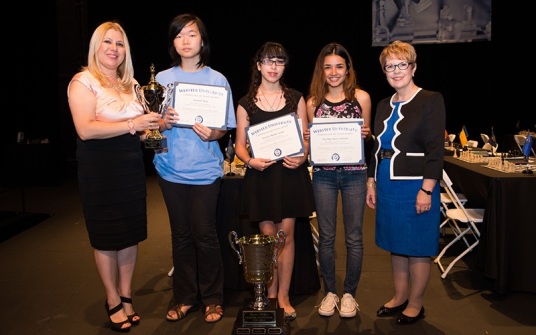 Organized by Webster chess coach Susan Polgar, the tournament drew 56 girls from states across the U.S. and Puerto Rico, as well Cuba, Costa Rica, Brazil, Mexico and Canada.The six-day event is considered the most prestigious all-girls chess event in the U.S.

A partnership between Webster University and the Susan Polgar Foundation, the six-round championship tournament awards more than $200,000 in chess scholarships and prizes.

Another story, “Webster University Nurtures the Future of Women’s Chess”, is online at FIDE.com, the site of the World Chess Federation.