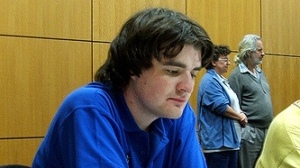 The 120th edition of the Scottish National Chess Championship takes place on 6th – 14th July 2013 at the Victoria Hall in Helensburgh, Scotland.

It will be played as a 9 round open with title norm opportunities. Rate of play: 40 moves in 90 minutes + 30 minutes with an additional 30 seconds per move.

The Scottish Chess Championship is believed to be the oldest continuously run national chess event in the world . The first event was staged in 1884. With the exception of war years, an event has been held every year since.

The clear favorite to take the trophy in the International Open is Englishman Gawain Jones. The best rated Scottish player is GM Matthew Turner.