The Greek Chess Composition Committee, in co-operation with the Greek Chess Federation, organized the 12th European Chess Solving Championship from 15-17th April at the “Oasis Hotel Apartments” in Glyfada, a cosmopolitan suburb of Athens.

In the team results the three-years long Polish domination ended when Serbia won the gold medal with 214,5 points. The team from Azerbaijan is silver with 206 points, while Poland is bronze with 202,25 points. 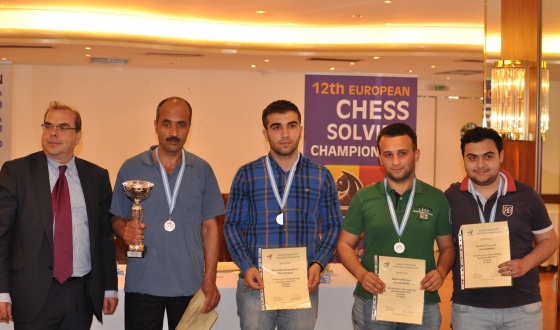