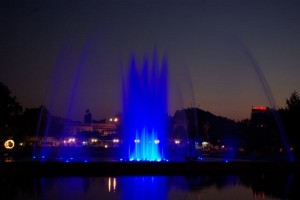 The Bulgarian Chess Federation under the auspices of the European Chess Union is organizing the 13th European Senior Chess Championship.

The event will be held in Plovdiv, Bulgaria from March 10 (day of arrival) until 20 March (day of departure) 2013. The tournament will be held at Paris and Moscow halls at hotel Novotel Plovdiv.

The European Senior Rapid Chess Championship will be organized in the same venue from 20 March (day of arrival and registration) until 22 March (day of departure) 2013.

The European Senior Chess Championship shall be played in 9 rounds following the Swiss System. Time control is 40 moves in 90 minutes and 30 minutes to the end of the game. The player will additionally receive 30 seconds for each move.

Women tournament will be played separately. If there are less than 9 ladies, they will play in the Open tournament.

Living legends Evgeny Sveshnikov and Nona Gaprindashvili are the first seeds in the Open and Women’s section, respectively.