The beautiful city of Chiangmai is playing host to 400 children and their families for the 14th ASEAN+ Age-Group Chess Championships, and the first rounds of the Rapid tournament are under way.

Friday promises to be “organised chaos” as we switch from Rapid to Blitz, while the main tournament begins on Saturday, sponsored by drinks company ThaiBev.

Similar to the Olympiads, it is possible to be awarded CM, FM and IM titles without the usual requirements of norms and ratings, so the tournament has attracted some of the best young players in the region – particularly from Vietnam, whose players have turned the hall into a sea of red.

Junior players have come from as far afield as India, Hong Kong and Mongolia, as well as the Southeast Asian nations. 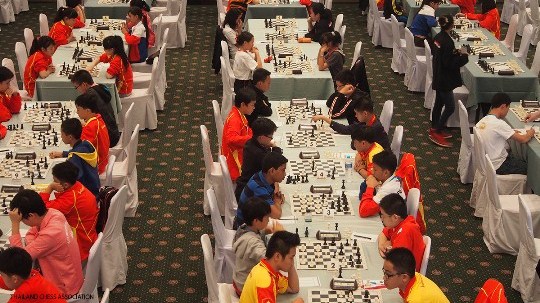 “The best thing about this tournament is the response of the children,” said Tournament Director Panupand Vijjuprabha. “We have amazed them with our Thai style welcome at the airport, luxurious hotel surroundings at the Imperial Mae Ping, traditional dance show at the Opening Ceremony and a spacious playing hall, and their excited happy faces are the reward.”

FIDE General Secretary, Ignatius Leong, lending a hand in the organisation, is back at the board in the Senior tournament. 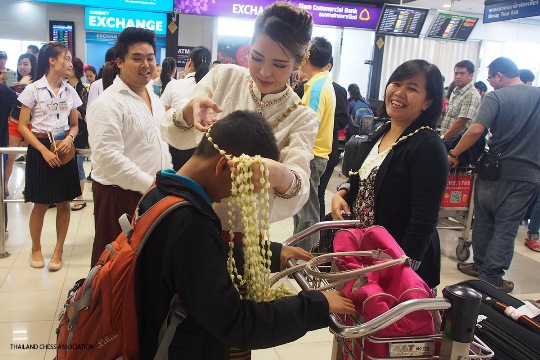 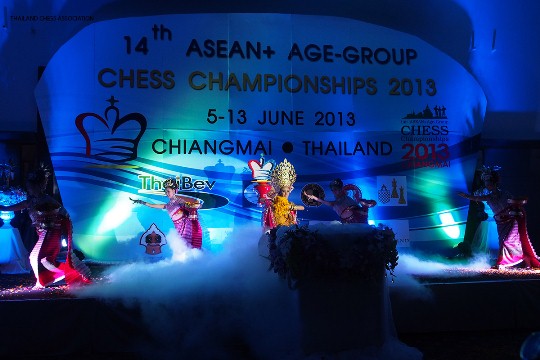 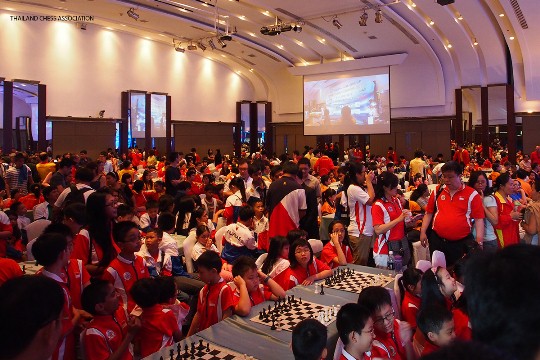