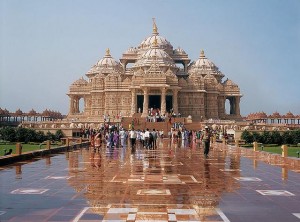 The 14th edition of the Delhi International Chess Open will have over 1400 participants in three categories battling for a prize fund of Rs. 3500000 (around 50 000 euro). Starting on January 9th and continuing to January 16, the Ludlow Castle Sports complex will be bustling with chess players eager to make their moves in this 10 round Swiss event.

The biggest Indian open grew even bigger this year with the highest ever prize money offered on Indian soil in any open tournament. The premier event has drawn world class players like Boris Grachev of Russia who will start as the top seed in the ‘A’ group. Grandmaster and former Commonwealth Champion M R Lalith Babu is the top Indian player, who starts as the tenth seed. The field comprises of 21 Grandmasters and 20 International Masters of around 190 participants in Group A.

The “B” group that starts along-side the main event on Saturday has 523 participants while the ‘C’ group has close to 800 players. With entries still pouring in at the last minute, the organizers are sure to cross the 1600 mark, which is a shade more than those who participated last year.

The ‘A’ group also gives opportunities for players to get International title norms and there are ample title holders to facilitate the norms of candidates who perform well. There are more than a handful of Indian talents here vying for their respective title norms.

“This remains as good an opportunity for any chess player in our country as well as abroad as it was when we started this event. Having started with a meagre prize fund of Rs. 3.5 Lakhs in 2002, the tournament prize fund has grown ten times in fourteen editions”, said Mr. Bharat Singh Chauhan the President of Delhi Chess Association.

All the three categories are open to all participants and the registration for the ‘C’ group is open till the 12th of January 2016.