India “A” scored a stunning 2.5 – 1.5 win over Spain, moving into third spot with 9 match points after the sixth round of the TATA 14th IBCA Chess Olympiad for the Blind 2012 at Hotel Le Royal Meridien, Chennai here today.

Despite the loss, Spain shares the lead along with Russia at 10 match points. Sharing the third spot were India “A”, Russia and Ukraine at 9 match points. Further behind were Germany, United Kingdom and Serbia at 8 match points.

Fortune favored the hosts, as Kishan Gangolli got the first point when Palacios Perez Manuel’s mobile phone went off in the second board. The Laws of Chess specify, “if any mobile phone or other electronic means of communication in the playing venue produces a sound, the player shall lose the game”. 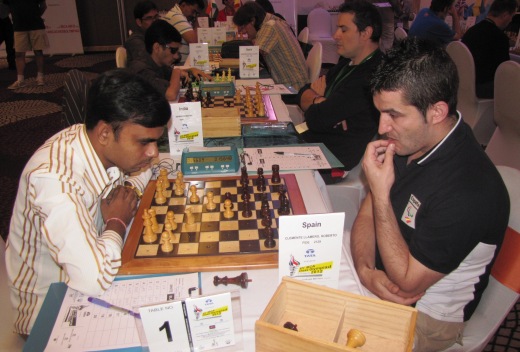 Overcoming their early deficit Spain equalized scoring in the top board through Desanjose Candalija Eduardo. Darpan Inani drew on the third board, leaving the match poised at 1.5 -1.5 each. All hinged on the fourth board, where the fortunes fluctuated and finally Makwana Ashvin capitalized on his extra pawn to clinch the issue in favor of India “A”.

Top seed Russia came back strongly scoring a 3-1 win over Germany. Russians drew both the blacks, scoring over Germans with white pieces. The match win over Germany takes Russia to the top of the table with 10 match points along with Spain. 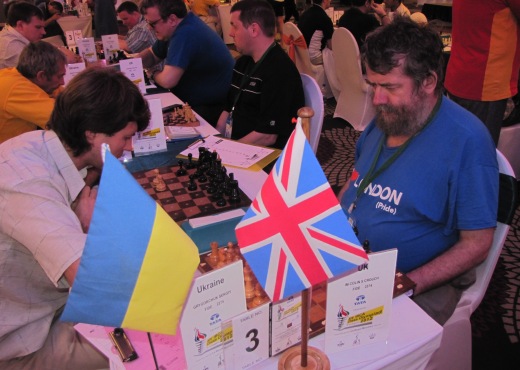 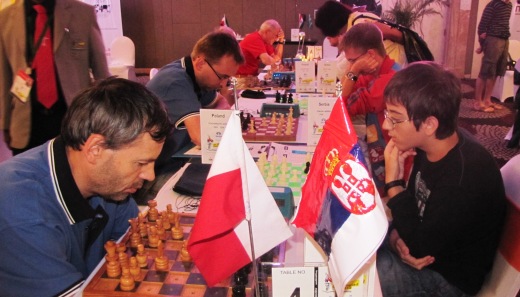 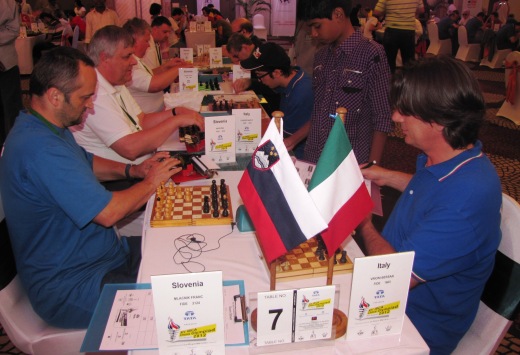 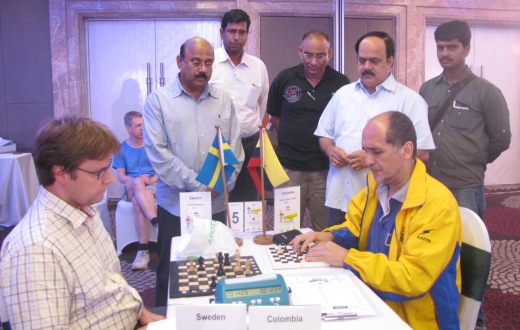