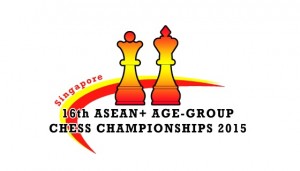 Immediately following the 11th Asian Schools Chess Championship, the AAG is the flagship event of the ASEAN Chess Confederation (ACC) and which has for many years now been the most eagerly awaited event in the region.

ACC has organised the AAG since it was first held in Vung Tau, Vietnam in 2000 with 155 players from 7 national chess federations.

In eight years the players from the 10 member nation ASEAN had proved themselves to be able to compete with their peers elsewhere and so with the agreement and support of both FIDE and the Asian Chess Federation, the ASEAN Age Group Chess Championships officially became ASEAN+ and players from outside the region, in fact from anywhere in the world, also became eligible to participate.

The first ASEAN+ was accordingly held in 2007 in Pattaya, Thailand saw a big increase to 241 players from 13 national chess federations, and by the time 2012 came around there were as many as 398 playing in the record breaking championship held in Hue, Vietnam.

Macau in 2014 became the first non ASEAN nation that hosted the AAG and another record was also achieved when 22 national chess federations took part.

The ASEAN+ Age Groups Chess Championships, thanks to the great popularity of chess in the Far East, and even it became ASEAN+, had already exceeded even continental championships in popularity and prestige.

Countries in the region – the core of ASEAN and also the Far East, especially Hong Kong, Macau, Chinese Taipei, and South Korea – today prioritise the ASEAN+ Age Group Chess Championship, and other neighbours like Australia and New Zealand, Japan, even China, all have significant representation.

India and Sri Lanka have discovered the ASEAN+ Age Group Chess Championships as have Middle East nations like UAE, but now also Mongolia, Kazakhstan, and Uzbekistan.

Of the many international youth championships, only the ASEAN+ Age Group Championships supports fully all three formats of the game – Standard, Rapid and Blitz – with medals awarded to the top three finishers in each of the twelve by three or thirty six categories, a total of a hundred and eight medals.

In a year that Singapore is celebrating 50 years of Nation Building, it is fitting that after 12 long years Singapore is once again the host.

Arbiters and Trainers Seminars will be held from 2 to 6 June 2015.