The Festival will start on Saturday, 27th, at 11h with the 60-player simul by Grandmasters Maxime Vachier-Lagrave, Artur Yusupov and Loek van Wely.

Later on Saturday, from 15th, the Corsica Masters rapid tournament will have the first seven rounds played. The time control is 15 minutes + 3 seconds and the total prize fund is 60,000 EUR. 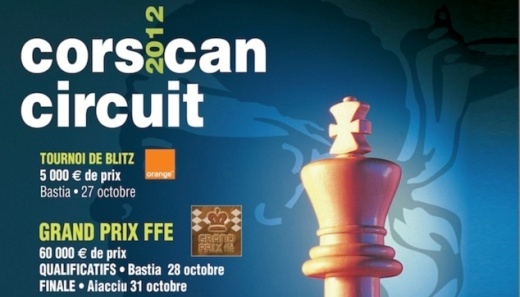 Also on Monday, the quarterfinals (14h) and semifinals (17h) between the eight top finishers in Masters qualification will be played.

Tuesday will be a rest day and on Wednesday, 31st, the Festival is moving to the Convention Center in Ajaccio for the conclusion of the BNP Paribas Youth Trophy and the Final match of the Corsica Masters.