The eighth round of the 16th Delhi GM Open was destined to be a cracker of a contest. There were two players tied in the lead with 6.5/7 — Double Indian champion GM Karthikeyan Murali, rated 2580, and the top seed GM Arkadij Naiditsch of Azerbaijan rated 2701. Furthermore, there were 15 players tied just behind them at 5.5/7.

Naiditsch had the white pieces against Karthikeyan and he decided to open with the king’s pawn, to which the Indian replied with the notoriously famous Berlin Defence. The resulting queenless position is a well-known middlegame that is closer to the endgame than most other structures. Naiditsch displayed supreme strategic understanding to use his minor pieces to dominate over Karthikeyan’s army. Karthikeyan surrendered on the 29th move.

Arkadij Naiditsch now leads with 7.5/8 and has all but sealed his victory. 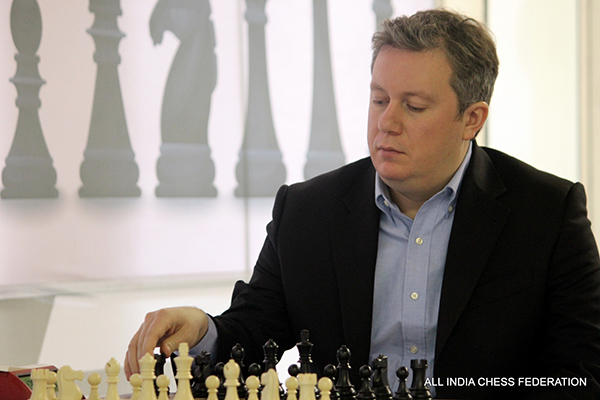 Bangladesh’s GM Ziaur Rahman made a good comeback after a sad loss to the top seed in the last round. He defeated the fifth-seeded Russian GM Ivan Rozum rated 2595 with the black pieces. Rozum allowed his queenside pawns to be clamped down by Rahman’s monstrously strong knight in the center. This allowed the Bangladeshi to weave threats around the white king on the kingside and force a dangerous passed pawn on f4 that finished the story for the Russian. 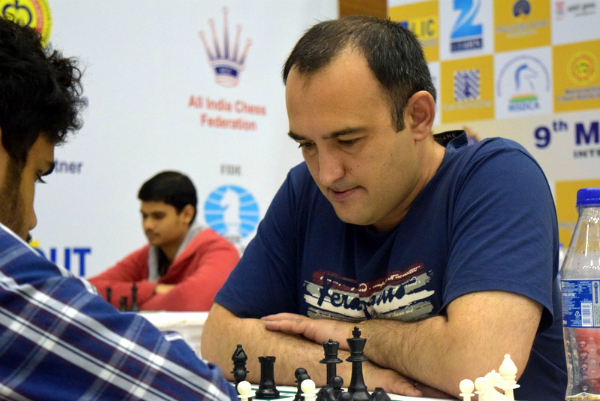 Delhi GM Open 2018 has been home to several norm seekers over the years and this edition is no different. Tamil Nadu’s IM Aakash Pc Iyer needs a draw on the top table against the top seed Naiditsch to score a GM norm. Maharashtra’s IM Md. Nubairshah Shaikh needs a win against IM P. Karthikeyan, rated 2497, to score a GM norm.

Maharashtra’s Sammed Shete rated 2337 has completed his IM norm requirements with a round to spare. Shete had caused a flutter in the eighth round when he defeated GM Timur Gareyev of the USA rated 2605.