The first super grandmasters chess tournament to be organised after covid19 virus expansion is currently ongoing in Stavanger, Norway.

The event brought many upsets, Armageddons, sharp games and the conclusion of Magnus Carlsen’s 125-games unbeaten streak in classical chess which has ended after two years and two months due to a loss against Duda in the 5th round.

After seven played rounds and with only three games to go, 17-years old Alireza Firouzja leads with 14.5 points and is set to play Fabiano Caruana today. Magnus Carlsen lags behind Firouzja with 13.5 points and Aronian Levon keeps the third place with 12 points.

Before the tomorrow’s resting day the 8th round takes place today starting from 17:00 CET and the pairings are: 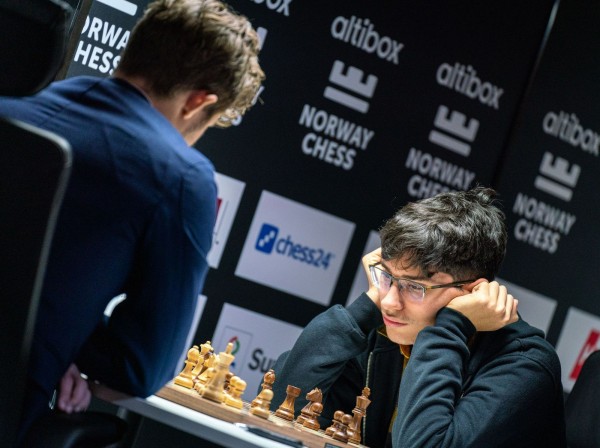