There were teams from 9 countries, Japan, South Korea, Mongolia, Singapore, Chinese Taipei, the Philippines, Vietnam, Sri Lanka and China. China had 3 teams while Sri Lanka had the biggest contingent of 24 players with 4 officials to field 6 teams. 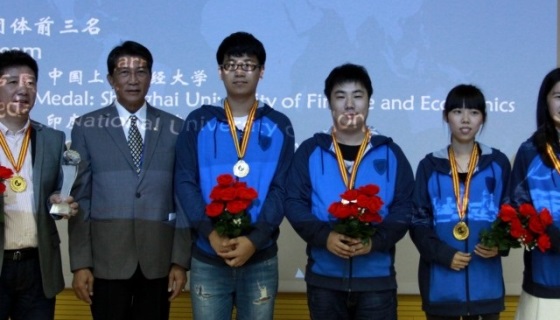 Gunadharma University from Indonesia with Bong Bunawan as the team leader and Megaranto Susanto, Firman Syah Farid, Lutfi Ali and Qurota Ain Khadijah as players managed to win the 1st runner up while the National University of Mongolia with Badamdorj Ariunbuuvei, Badrakh Galmandakh, Bayar Anu and Sumiya Bilgun led by Rentsenbat Batsuren became 3rd. All other individual places, the 1st and 2nd Runnner up men & Women, Ma Qun, gao Rui(Tianjin Foreign Studies University) Giu Mengjie and Nie Xin respectively went to Chinese players, all from the same University, the Shanghai University of Finance and Economics.

The Capital University of Physical Education and sports had done a great job to organize the event with excellent conditions. All the top officials of the University with former Women World Chess Champion Xie Jun had contributed immensely to make this 1st University Chess Championship a success.

The parallel programmes such as training session of Wushu and excursion to Great Wall was also organized by the organizers for participants to keep a great memory of this historical Chess event.

A Chess Workshop for trainers also conducted parallel to the event by the newly established AUSF Education Development center at the Capital University of Physical Education and Sports under the leadership of Mrs Xie Jun, the 1st Women World Chess Champion from China and Asia.

AUSF and CUPES can be very happy about their task since the event has become famous as it started since there are three bidders to have the 2nd University Chess Championship, China again, Mongolia and Sri Lanka.