The European Chess Union (ECU), the Education Committee of ECU (EC), and the International School Chess Union (ISCU) have the honour of inviting all National Chess Federations of the ECU to the First ECU School Team Internet Championships 2017 from November 16 to November 23, 2017. 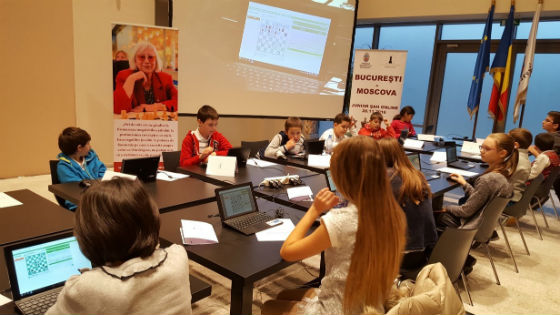 The Championship will be played in Chess King Playing Zone.

Teams will play from the school computer classrooms under the supervision of school coach/teacher and official person (licensed arbiter of National Chess Federation). In addition, each player’s computer must have a working web camera.

Chess King Playing Zone is an advanced platform with rich selection of tools for hosting all kinds of chess tournaments.

– Format: Online team tournament
– Age groups: U11 (under 11) and U17 (under 17)
– Terms and Rules: up to individual Chess Federation
– Host platform: Chess King Playing Zone

Each Chess Federation is free to choose the rules and entry terms for the qualifying rounds, such as drawing system, number of rounds, entry fees (in favor of the National Chess Federation) etc.

For these tournaments, the Organising Committee will provide Chess Federations with the following services for free: