A total number of 596 players from different schools across the country are participating in this nine round Swiss system championship that serve as selection event for the forthcoming Asian School Chess Championship scheduled to be held at Delhi in the month of December.

Before the start of fifth round matches, famous film artist Raveena Tandon visited the tournament hall and encouraged the participants. 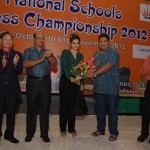 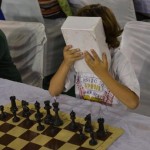 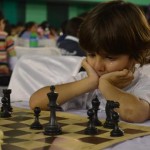 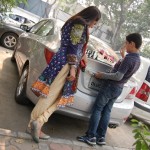 Participant analysing game with his mother outside tournament hall 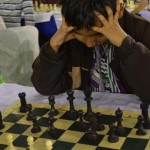 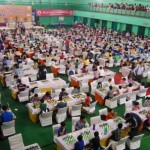 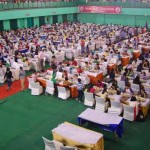 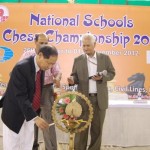 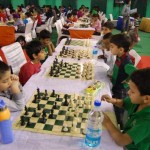 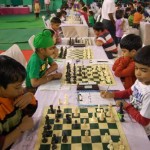