It is a round robin tournament (Men’s and women’s sections) having 4 chess players from Mongolia and one representatives from each region of Inner Mongolia, Republics Buryatia, Tyva and Kalmykia (Russia). Prize fund of each section is 48 000 000 MNT – 24000 USD. 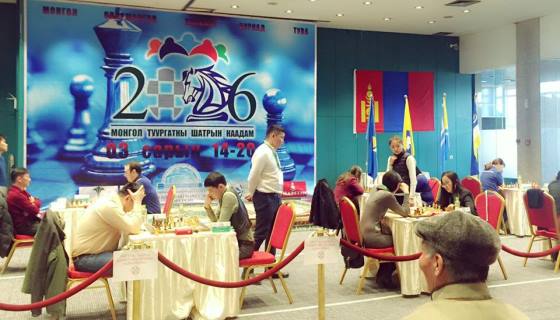 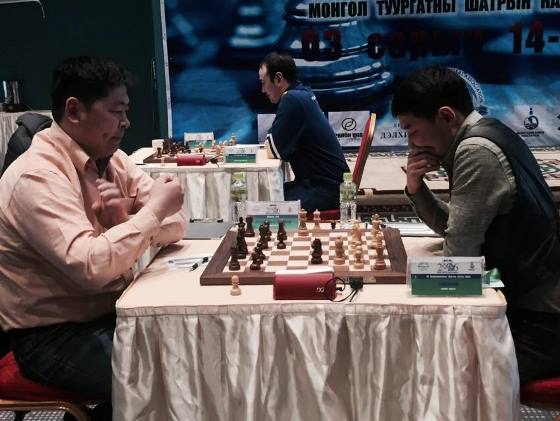 Round 4 of the Mongolian Nations’ tournament made Tsegmed Batchuluun solo leader of the tournament (4 out of4). He outplayed his friend and compatriot Bayarsaikhan Gundavaa in a very interesting game. Answering our question how is it to play against a friend, this is what Tsegmed said:

Tsegmed: we have been playing with Gune for almost six-seven together. When we were young, I had plus score against him. Later on, we changed the positions. Today it was an interesting game. In the opening I made a blunder and my position was not very good. Black had an initiative. Later on, under the time pressure, Gune played very quickly and made some mistakes. I was lucky today too. 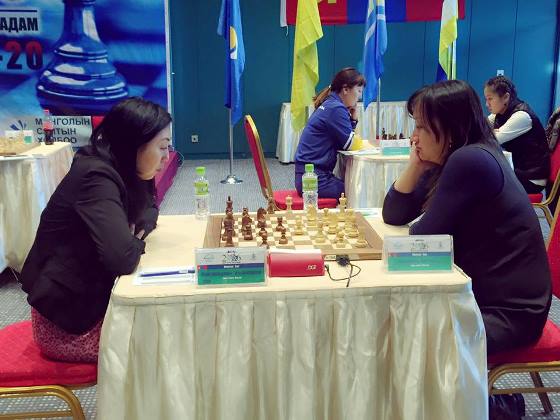 In women’s section there are still three leaders with 3.5 out of 4 games: Baira Kovanova of Kalmykia, Inna Ivakhinova of Buryatia and Uuriintuya Uurtsaikh of Mongolia.

This is what Kovanova shared with us after her game:

Baira Kovanova: I did not get anything special after the opening, the position was mutually sharp. In the complications, my opponent blundered an exchange without any compensation. Here I relaxed a bit, due to the difference of rating I had no pressure playing later on. I decided to realize it with maximum comfort. So, I made complications myself. Should she play stronger, probably it would have been harder for me to find a win. But luckily I managed to find the way. 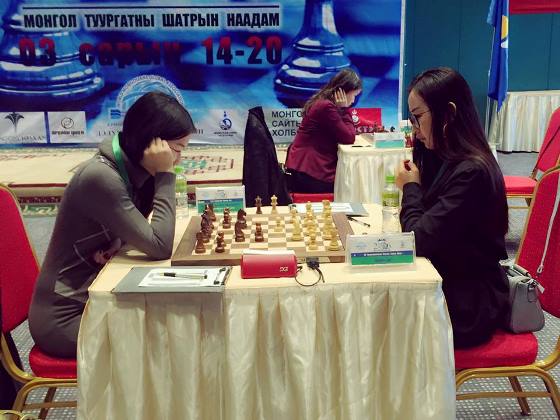 Inna Ivakhinova of Buryatia shared with us her impression on the Round 4 game.

Inna Ivakhinova: I played today against an opponent from Inner Mongolia. I got a pleasant position after the opening. She made a rough positional mistake: she exchanged an important white square bishop to try to double my pawns. Though she had a comfortable position on white squares, she missed a development. As a result, her king was very weak. So, the combination was not difficult and I managed to win the game.

So, everything goes well so far. Moreover I would like to mention that yesterday me and Zhamsaran went out of the hotel and visited the Chinggiz Khan square, where we made a lot of photos. Our mood was up and I am happy that I spent time going out. 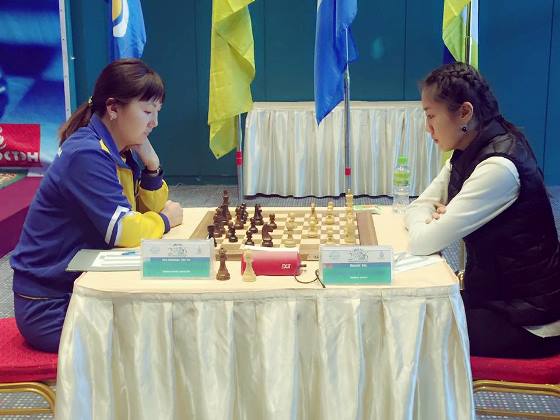 This is good that we are here with Zhamsaran. We can not only analyze games and help each other with preparations but also go sightseeing together. Zhamsaran has 1.5 after three games. He lost an important game to Mongolian Grandmaster Batchuluun in a tense game. He played with Black, the position was equal. At one point he wanted to play for a win and could not manage. We support each other.

Two Mongolian female chess players Ankhchimeg Bayanmunkh made a draw against Otgonjargal Sengeravdan. Here what they think about the organization of the Mongolian Nations tournament:

Otgonjargal: We are very happy that an international tournament takes place in my own city. We have a chance to play against the strongest Mongolian nation players. Also, I am proud to mark that we show good level of chess as well against those strongest players of Mongol nations. This gives a lot of motivation and hope. 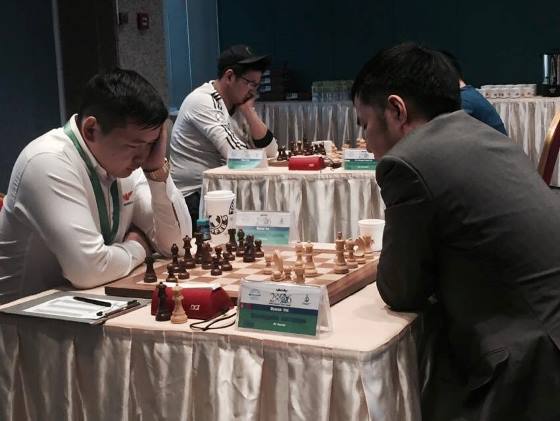 Live games of the tournament 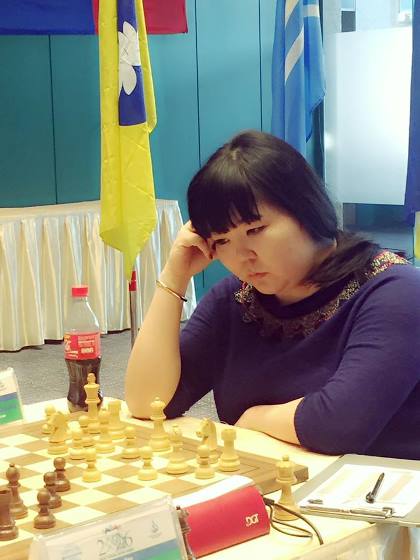 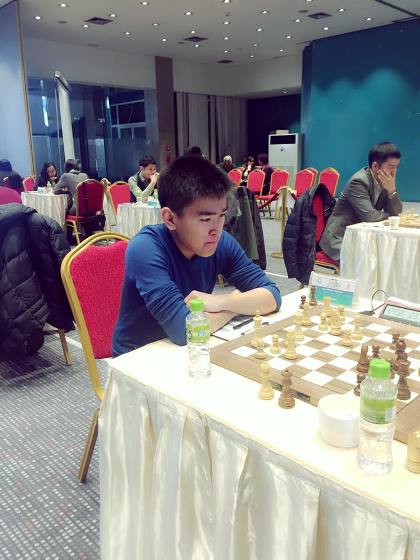 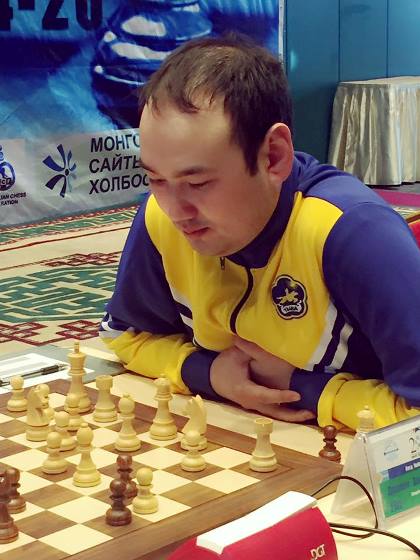