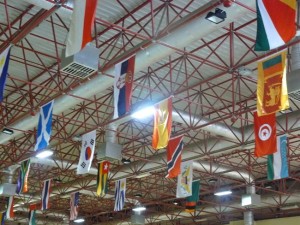 The national flags at the paying hall

Hello everyone and welcome to the traditional countdown to the Chess Olympiad on Chessdom.com! Today we move from minute to minute reports, to reporting directly from the scene for you. This is the first photo report, with pictures from Istanbul, the playing hall, and the atmosphere 2 days before the start of the Olympiad.

The playing hall of the 2012 Chess Olympiad is ready. During the Chessdom visit today, the sound system was getting a final check and the banners and posters were being installed on the walls.

The games will take place in a spacious hall with comfortable space between tables and a spectators zone. Flags of all the 162 participating countries (Olympiad record, see more here) are dominating the ceiling landscape. There is a scoreboard next to each table, and plasma screens for the audience.

Right outside the playing hall is a foyer with coffee bar for everyone that has inside and outside part. 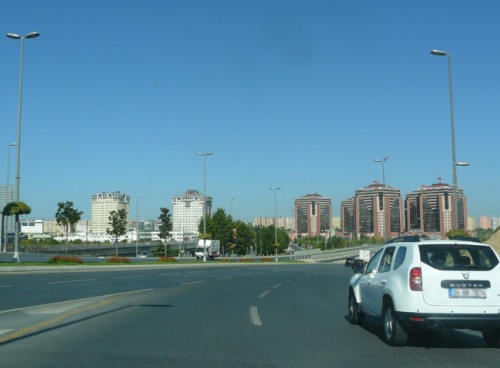 The way from the airport to the hotels, sunny Istanbul greets all coming participants 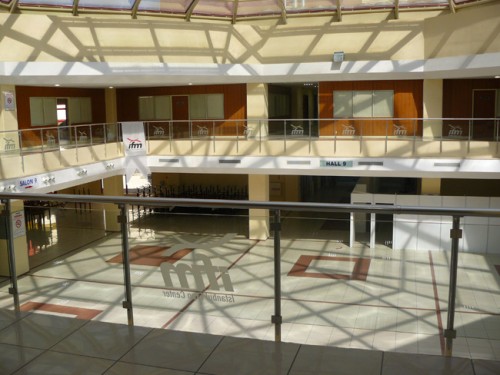 The entrance of the playing hall 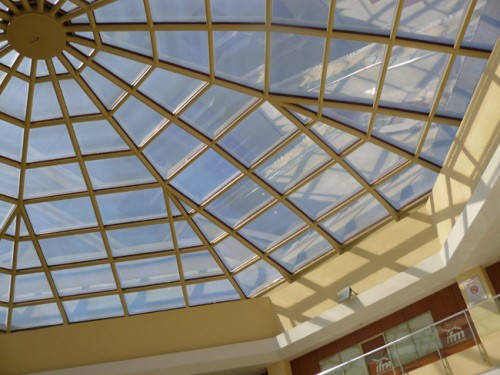 With a spiderman style roof on top 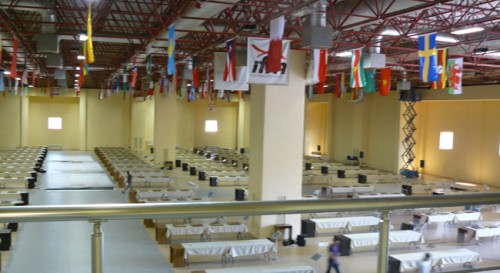 The general arrangement of the Open section 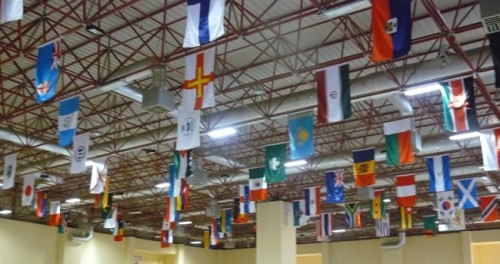 The flags dominating the ceiling landscape 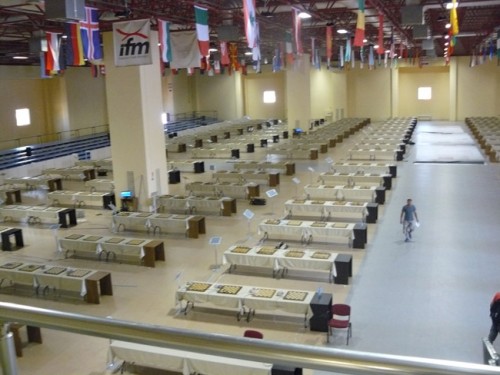 Another part of the playing hall 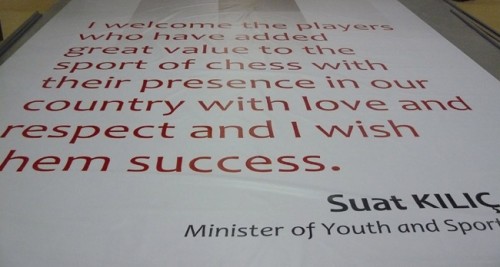 and another greeting, this time by the Minister of Youth ans Sports. Both posters showing the momentum chess has gained in Turkey in the past years 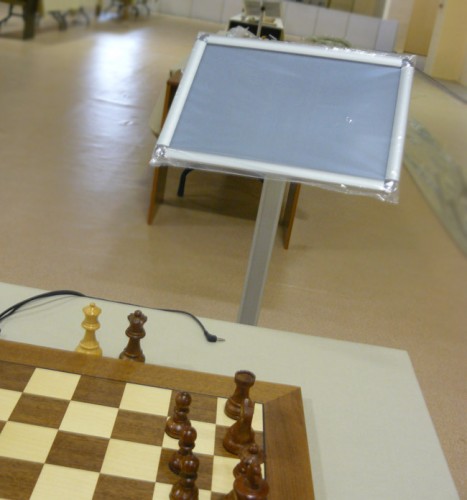 The scoreboards, on which the current results will be displayed

The future favorite place of the players, the coffee bar 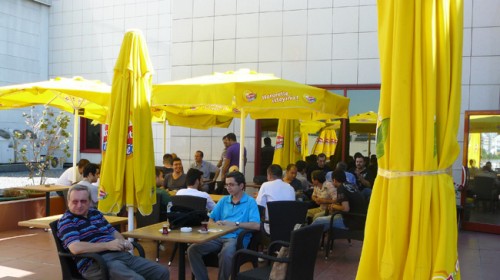 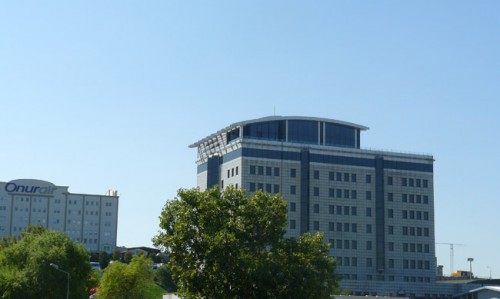 View from the terrace of the playing hall

Among the coverage team are the Chess TV journalists, who will be making the live video just like during the WCC match Anand - Gelfand 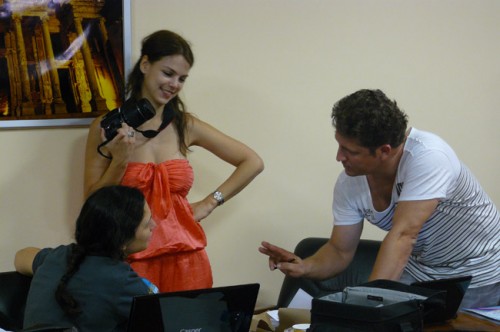 The press team of the Chess Olympiad 2012