The 1st Fiji International Open Chess Championship, to be held May 5-12, 2012, is set to become the biggest tournament in Fiji chess history.

With airfares to Fiji with both http://www.airpacific.com/ and http://www.virginaustralia.com at historic lows, big turnouts are expected from Fiji’s neighbours in Australia, New Zealand and Asia. In addition, all Fiji’s top players are expected to compete for the record $F10,000 prize fund (approx 4300 EUR).

Format & Time Control: 9-Round Swiss with time control of 90 minute plus 30 seconds per move from move one. 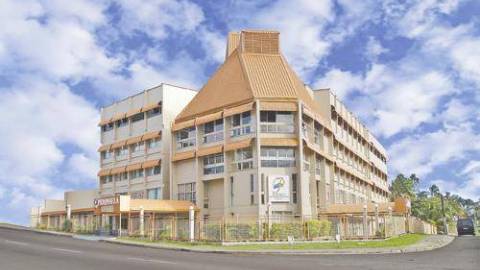 Deluxe and Superior Deluxe room rates are inclusive of Continental breakfast. All room rates inclusive of value added tax (VAT) and services turnover tax (STT).A 10% discount in room rates will apply for bookings made in advance through the Fiji Chess Federation. A 50% deposit for hotel accommodation at least two weeks before arrival applies.

Payments for entry fee and hotel deposits should be made by bank transfer to the Oceania Chess Fund, BSP Dominion House, Bank of South Pacific (BSP), A/C No. 3104155, Swift Code: Payment by bank draft can be posted to the above P.O. Box address.

Detailed information about the tournament venue is available at: http://www.peninsula.com.fj/ 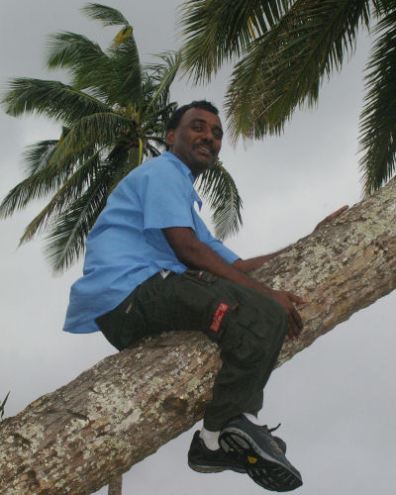 The man behind the Fiji Open, Sam Goundar, climbing one of the many coconut trees near the venue