The 2013 National Chess Championship of Jamaica is taking place from April 26th until May 12th at the Liguanea Club, in New Kingston.

It is a 9 rounds single round robin with 10 of the strongest player of the country.

Returning for an unprecedented 3-peat and clear favorite is defending champion FCM Damion Davy. The junior analyst, employed to Grace Kennedy, has issued a strong warning to his opponents and said he will be playing ‘exemplary chess” as he plans to write his memoirs shortly.

Standing in his way is longtime friend and fierce rival NM Ras Malaku IT Lorne. The former Wolmerian, decked in traditional Rastafarian colors  has returned from his Sabbatical to impart knowledge to all. His “high” point came in representing Jamaica in the 2002 Olympiad. 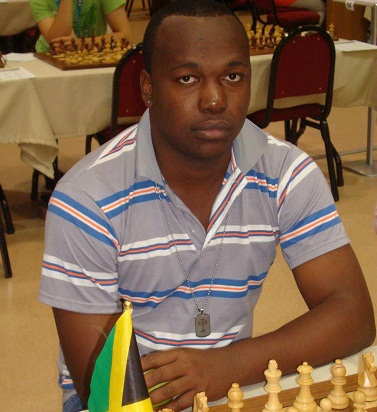