The fields are set for both the 2013 U.S. Championship and 2013 U.S. Women’s Championship, scheduled to be held simultaneously May 2 through May 13 at the Chess Club and Scholastic Center of Saint Louis (CCSCSL).

This marks the fifth consecutive year that each of these prestigious events will be held in Saint Louis. The opening ceremony takes place on May 2, and the first round for both events will kick off at 1 p.m. CDT on May 3.

In honor of the five-year anniversary, the 2013 U.S. Championship will feature a 24-player Swiss, the same format that was featured the first time the CCSCSL hosted a national championship in 2009. This year’s event will feature a guaranteed prize fund of more than $180,000.

Tony Rich, executive director of the CCSCSL, said the expanded field is sure to encourage fighting chess with many decisive results.

“With such a dynamic field, this year’s event is shaping up to be our most exciting U.S. Championship to date,” Rich said. 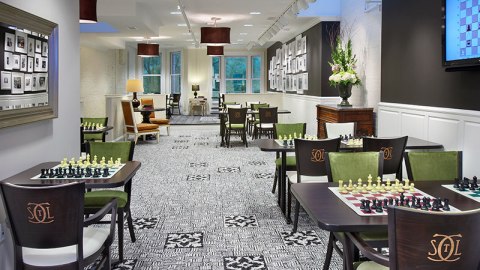 With Nakamura out, a number of youthful challengers hope to usher in a changing of the guard including reigning World Champions IM Kayden Troff (U-14 World Champion) and IM-elect Sam Sevian (U-12 World Champion). Among other new faces at the U.S. Championship is GM Timur Gareev, who recently transferred federations from Uzbekistan and is coming off of an undefeated, first-place finish at the North American Open in Las Vegas this past December.

The complete list of players and their current USCF ratings is as follows:


For the first time in the five years the CCSCSL has hosted the event, organizers are bringing in three commentators to provide even more extensive live coverage of the games and more in-depth player interviews and post-game analysis. GM Yasser Seirawan, GM Maurice Ashley and WGM Jennifer Shahade will provide live play-by-play coverage of the event via www.livestream.com/uschess.

Franc Guadalupe will be the chief arbiter for the U.S. Championship with Carol Jarecki helming the U.S. Women’s Championship.

Check www.uschesschamps.com for the latest updates, full player bios, info about past U.S. Championships and news about the top players in the U.S.