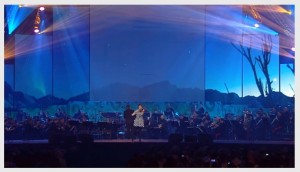 The opening ceremony starts in Tromso!

The flags have been presented, the anthems of FIDE and Norway played, the speeches from the officials delivered, and the world is ready to see the FIDE World Chess Olympiad! Minute by minute updates and much more in the live coverage below. Let the show begin!

The opening ceremony of the Chess Olympiad 2014 has started in Tromso. In a packed hall of chess players, coaches, journalists, and chess fans

The host of the opening ceremony is the Mayor of Tromso Mr. Jens Johan Hjort. He welcomed the guests, “We are proud and happy to host this games in the city of Tromso, in the land of the Midnight Sun in the middle of the Arctic. We look forward to the excitement, to the victories and defeats. We look forward to bringing the games to a constantly growing chess audience all over the world”

After the Mayor’s message the ceremony continued with an interesting violin-guitar performance. Right after, the FIDE President Kirsan Ilyumzhinov took the stage and greeted the organizers, the participants, and the chess fans. “I express my gratitude to the Government of Norway, to the sponsors, to the Norwegian Chess Federation, and the Mayor of Tromso Mr. Jens Johan Hjort”. Ilyumzhinov concluded,

“I strongly believe this Olympiad will become a festival of chess! Gens una sumus!” 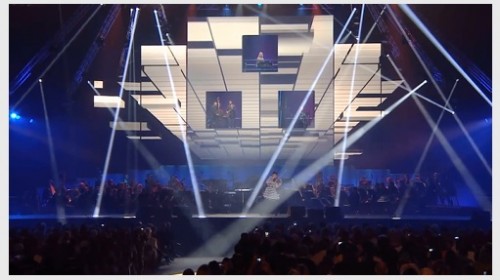 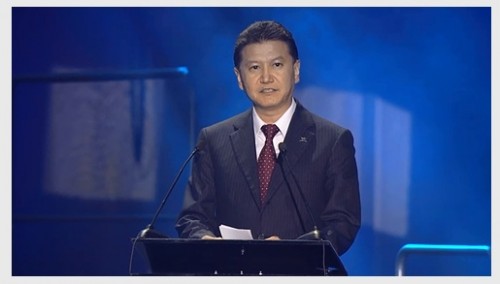 The rising of the flag accompanied by the FIDE anthem was performed by local children. 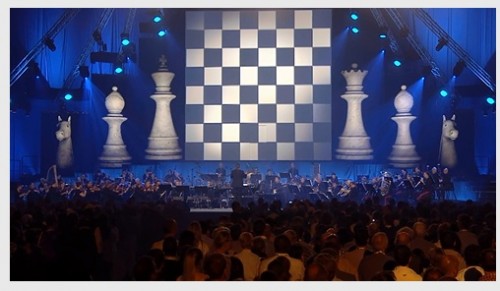 Chess, the musical, with Lisa Stokke hit the stage under the applause of the audience. It served as introduction for the presentation of the countries flags of the participating countries. While the presentation is going on, check out the ELO rating preview of the Olympiad.

Magnus Carlsen, World Champion and Tromso Olympiad ambassador, takes the stage! He is accompanied by his teammates. “The greatest challenge in playing in a team is focusing on your own games.” Carlsen also admitted he likes to play individual and not team chess, however, he noted that “Tromso is a special event and my teammates are fine people” 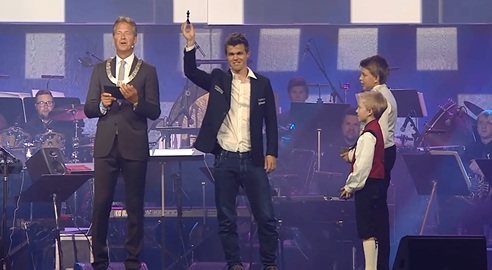 Magnus Carlsen draws the black color for the open section

The drawing of colors was performed by Carlsen. The odd numbers starting teams in both sections begin with the black pieces.

Updates will continue all night long thanks to the moderators and editors of Chessdom ChessArena online chess playing platform, with many more pictures and interviews from Tromso. Stay tuned with Chessdom.com!