The recent and undeniable chess swell felt around the nation rises to serve one epic event: the fight for the American throne.

In April, the Chess Club and Scholastic Center of Saint Louis will bring together one of the strongest fields ever to compete for the national title, 12 of America’s top Grandmasters who combine for a 2732 rating average.

The 2015 U.S. Championship will be held in St. Louis from March 31 through April 14, simultaneously alongside 12 of the nation’s top females in the 2015 U.S. Women’s Championship. 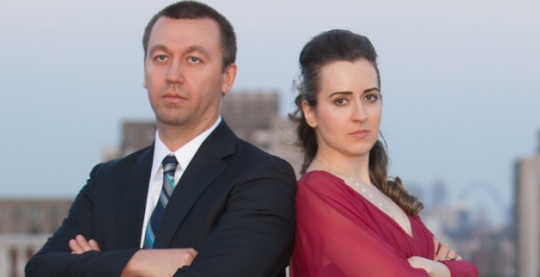 Half of this year’s championship field features players ranked among the top 100 in the world, including two in the top 10. The 2015 U.S. title fight will feature the first highly anticipated clash between world No. 10 and longtime U.S. No. 1 GM Hikaru Nakamura and GM Wesley So, the U.S. Chess Federation’s most-recent acquisition who is currently peaked as the world’s No. 7 player.

Neither globetrotter will be able to look past an incredible cross-section of American chess, beginning with five-time U.S. Champion GM Gata Kamsky, who seeks his third-straight national title and fifth in the past six years.

Newly added to the U.S. Women’s Championship this year is the $64,000 Fischer Bonus, awarded to any player who can match Bobby Fischer’s legendary 11-0 score in the 1963-64 U.S. Championship.

The 2015 U.S. Championships will be streamed live on www.uschesschamps.com, again featuring play-by-play and analysis from the world-renowned commentary team of GM Yasser Seirawan, GM Maurice Ashley and WGM Jennifer Shahade.

Live spectators may also take in the action in the upstairs tournament hall of the CCSCSL, which offers additional on-site GM-led commentary as well as food catering included with ticket purchase.