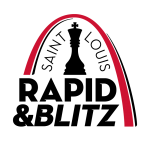 The fate of the tournament was sealed in the penultimate round when the two frontrunners, Shakhriyar Mamedyarov and Hikaru Nakamura, faced off. The Azeri grandmaster was a point behind and desperately needed a win to keep his chances of winning the tournament alive. Having the white pieces put him in an ideal position to achieve his goal but, in the end, his poor time management cost him the game. Hikaru Nakamura won the tournament with a round to spare, thus earning $37,500 and 13 GCT points.

Just as yesterday, the battle for first was a back and forth affair between Nakamura and Mamedyarov. The two grandmasters were either tied for first or half a point away from each other until round 16. Nakamura defeated Aronian and got a little help from his countryman Wesley So who defeated Mamedyarov. The next game was an intense battle between Mamedyarov and Nakamura, but ultimately Nakamura’s superior time management proved to be more significant. Nakamura went on to lose his next game to Maxime Vachier-Lagrave but that game was only significant for the Frenchman, who secured his second place finish thus gaining 10 GCT points. Vachier-Lagrave had another excellent day today scoring 6.5/9, half a point less than yesterday. He earned 10 GCT points and $25,000 for his efforts. The third place finisher was Shakhriyar Mamedyarov, who collected 8 GCT points and $20,000.

There have been several significant shifts in the tour standings after this tournament. Hikaru Nakamura now leads the tour with 33 points. Maxime Vachier-Lagrave is now in second place, moving up two spots. Wesley So, after his poor showing in Saint Louis, has dropped from first place to fourth, whereas Sergey Karjakin remains in his third place position. Levon Aronian, who is in the middle of the pack, still has mathematical chances of qualifying to London.

The final stop of the tour will be the Sinquefield Cup, the only classical event. This tournament will be the players last opportunity to qualify to the finals in London. The Sinquefield Cup offers more points than the rapid and blitz events – 18 for first place with two bonus points for clear first. Magnus Carlsen will be the wildcard of the event, where he will play his World Championship title challenger Fabiano Caruana in round 7. The tournament is not to be missed! Tune in to the rounds daily at 1 p.m.