Chess Association of Khorasan-Razavi province on behalf of I. R. Iran Chess Federation has the honor to invite all players from national federations to participate in the 21th Fajr International Chess Open Tournament will be held in Mashhad, northwestern of Iran, from Wednesday, February 20 to Thursday, February 28, 2013.

Participation in the 21th Fajr International Chess Tournament is open to all. Each National Chess Federation has right to nominate and send one player as official invited player.

The 21th Fajr International Chess Open Tournament will be played in 11 rounds Swiss System. The time control shall be 90 minutes for whole game with an increment of 30 seconds per move starting from move 1.

The FIDE Laws of Chess shall apply. The tournament will be FIDE rated. The Swiss Manager program shall be used for pairings. 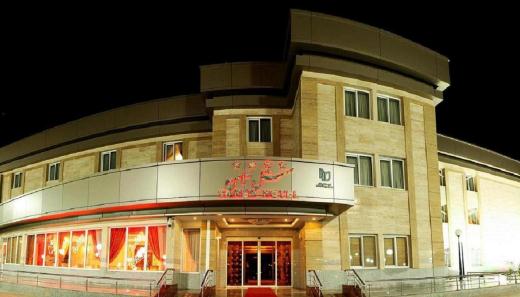 The playing venue will be at Samen Hotel

Players with rating between 2400-2499 should pay 40$ for full board accommodation (with 3 meals per day) in 4 stars Hotel in twin room.

Other chess players should pay 55$ for full board accommodation (with 3 meals per day) in 4 stars Hotel.