The Championship is organized by the Uruguay Chess Federation and will be played from 1st to 6th November over nine rounds of Accelerated Swiss system.

The tournament has massive participation, with 227 players from Argentina, Bolivia, Brazil, Chile, Colombia, Cuba, Nicaragua, Paraguay, Peru, Uruguay and Venezuela. Among them are 19 Grandmasters, 13 International Masters and 19 FIDE Masters.

Most of the top seeded players scored victories in the first round, but Gustavo Montoro (2027) and Rodrigo Ibanez (1978) split points with Grandmasters Eduardo Iturrizaga and Oswaldo Zambrana, respectively. 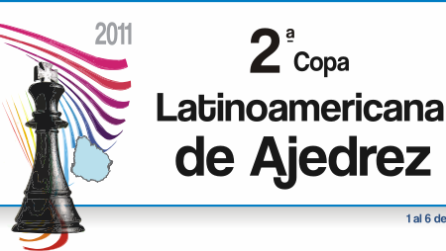 The 1st Latin America Cup was played in 2010 in the ancient city of Cusco, Peru, under the sponsorship of the FIDE President Kirsan Ilyumzhinov. Winner was Colombian GM Neuris Delgado.