The 2nd Fano on the Sea & Carnival International Open Tournament is set to take place from 29th July to 4st August in Fano, Italy, next to the Adriatic Sea.

The last-year edition was a complete success with 144 players in the field and overall victory by GM Yuri Solodovnichenko. Hungarian Grandmasters Banusz and Prohaska shared the second place.

The tournament is organized by the Fano Chess Club 1988 and Dario Pedini. The club celebrates 25th anniversary in 2013. 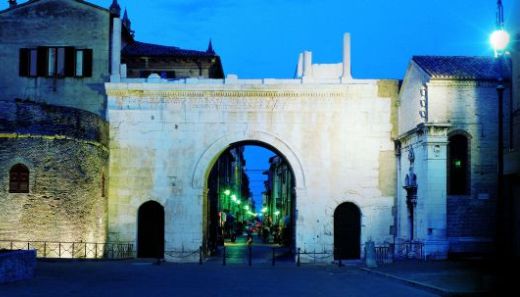 The organizing team is already holding the Italian Rapid Championships for the past three years, and this April they gathered 500 players for the third edition!

In the upcoming Festival Mare di Fano the players will be divided in four groups – Open A for those rated above 1900, Open B for the U2000 participants, Open C for U1600 and Juniors U16. 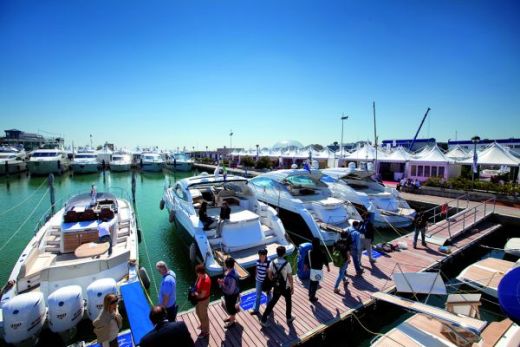 The playing venue is SportPark Center. Partner Hotel *** Continental, Angela, Cristallo, Delaville and Nettuno, starting from 52 € in FB.
Partner Restaurant: Cheffishhouse for a romantic dinner on the sea and yacht club, and LaCoppa for HQ Italian food.

On the final days of Fano Festival there will be a special guest star!
GM Richard Rapport (2693 HUN), World n°1 U18 and 1-ex aequo in U20 World Championship and Wijk Aan Zee B 2013, will come to Fano directly from Biel Chess Festival. He will take part in various exhibitions like simul (3 august), rapid tournament, (4) and lecture (5). 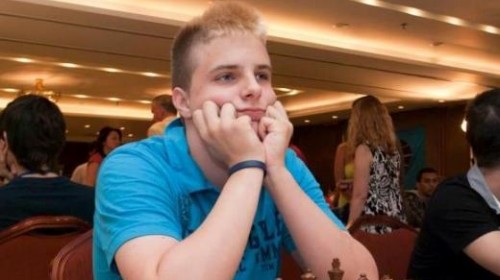 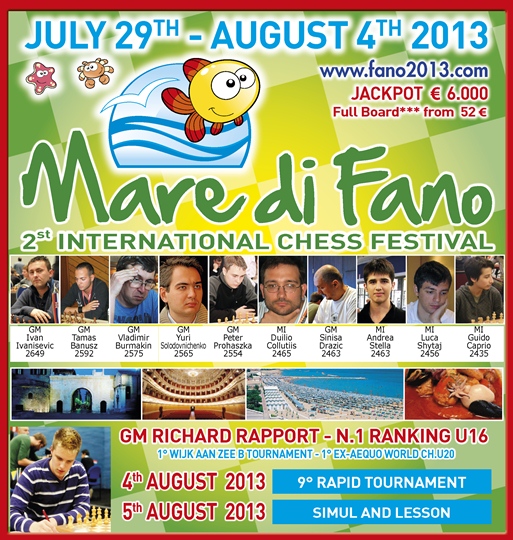 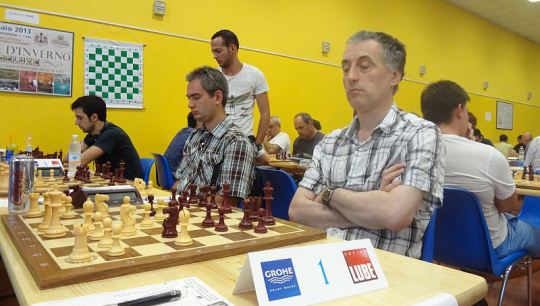 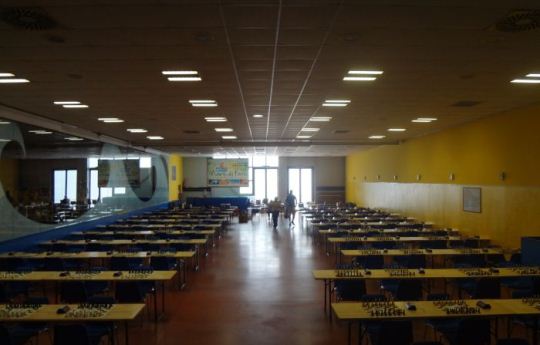 CASTLE conference in Turin
The CASTLE project – a “Chess curriculum to Advance Students’ Thinking and Learning skills in primary Education” was born from the idea of creating ...

5th International Chess Festival Terre degli Elimi
Alessandro Monaco: We have reached the fifth edition of our festival and the balance can only be positive: four years of passionate efforts in ...