The Fiji Chess Federation organised the 2nd Fiji International Open Chess Tournament, incorporating the Oceania Seniors and Oceania Juniors Championships, which was played from the 14th of August until the 17th of August.

The venue was the Radisson Blu in Denarau which is about 20 minutes from Nadi.

The tournament was a 7 round championship with 26 players participating from 3 federations – Australia, New Zealand and host nation, Fiji. With an IM, a WIM, 1 WFM and 8 CM’s, 11 players had a title in the field.

The winners of the respective titles for the event were as follows: 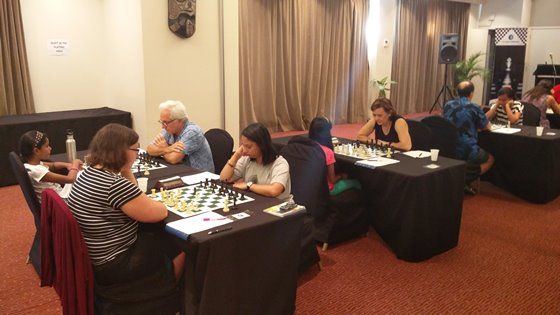 All results of the tournament can be found here

On the 18th and 19th of August the Federation also put on a rapid and blitz championship. The Rapid and Blitz events saw 28 players from 4 Federations – Australia, New Zealand, France and host nation, Fiji.