Combined with a rating floor required for the tournament of 2200 FIDE (players lower rated than 2200 FIDE must contact and be approved by the organizers), and a minimum % of Grandmasters, the tournament has been created with intent on the absolute maximum norm possibilities.

There is a prize fund of 14,100 USD with additional best game prizes in the single section swiss tournament. 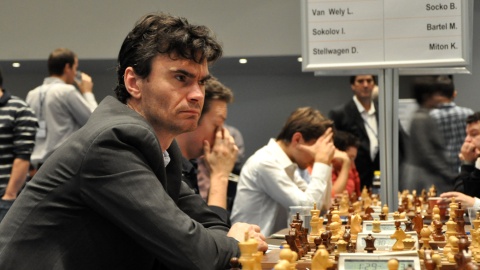 From the hand selected venue, to the one board per table promise, and the super-Grandmasters invited, every effort is being made to enhance the quality of the event to bring the players a chess event unlike any other “Open” in the States – not an event to miss, especially if you are seeking norms.

This is the second edition of the event – last year’s edition was won by none other than Super-GM Michael Adams of Britain, who made one of his first forays into chess on the west coast of the USA. Last year’s edition was extremely well received and well-attended by over 10 grandmasters, 20 foreign players, and 40 titled players, with a turnout of 86 players total.

More information about the tournament, including our pre-registered player list, and registration information is available at the website, www.metrochessla.com