In the period from May 25th to June 1st, in the very beautiful town on the south of Italy, started the 2nd Salento International Chess Tournament.

This was actually the third year of this tournament in this part of Italy, but for the second time it took place in beautiful resort called La Sirene.

For the ones that are maybe not familiar with this region, the south part of Italy on Adriatic cost is called Puglia and the most beautiful area of Puglia region is called Salento. Report by Mira and Sanja Dedijer.

The tournament was organized on the cost of Ionian sea, in the Caroli hotel (main sponsor of the tournament), placed near by the town Gallipoli. It was subdivided in two opens, open A and open B. Both of them were organized in the same playing hall, so the participants could enjoy all together in the same very pleasant and comfortable ambient. 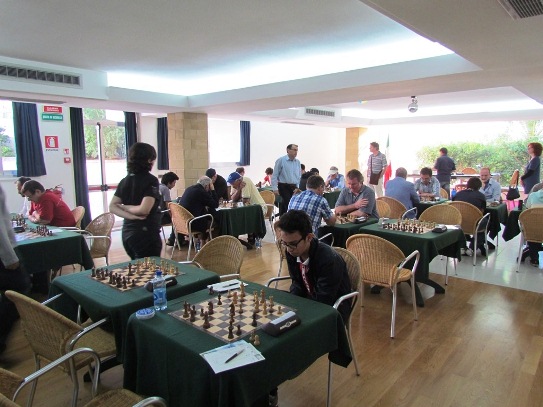 Since the place of La Sirene resort is on the cost, sun, sea, beautiful beaches and swimming pool makes this place perfect for the fans of summer holidays.

And since it is Italy, of course, great tastes of coffees makes this holiday more enjoyable for the coffee lovers. If you are one of them, you should not miss the chance to try so called caffè shakerato (shakered coffee) with fantastic flavour.

In order to satisfy a variety of tastes the organiser arranged a lot of sport activities during the week, so the fans of football and tennis could enjoy in these sports. In terms of football, the team of Italy defeated the team of ‘rest of the world’ only thanks to last minute efforts! While in tennis there was no this kind of competition so all of the players enjoyed in nice tennis matches.

Some of the ladies enjoyed in supporting males, but there were also those brave enough who participated in the sport games. Bravo girls, laudations for you!

And of course, since this is very nice part of the Italy, sightseeing tours should not be missed.

The closest town for sightseeing is Gallipoli. There is very nice old town in this place with a lot of churches, restaurants and very interesting shops to visit.

All facts and interesting places about the Gallipoli you can find on Wikipedia, but the thing that you will not find are photos taken by main arbiter of the tournament Adam Raoof. These photos were taken in the way from the old town to the Corso Roma, which is the main street in the Gallipoli.

Apart from Gallipoli about 50 km on the south there is one interesting place to visit. It is Santa Maria di Leuca. There was possibility to visit this place, too, and we are not sure that some chess players did it, unfortunately, we did not have time, but we know which is our task for the next year. Just few facts about it, this place is well known in terms of beautiful caves. For lovers of adrenalin and excitements there are ship tours for sightseeing these caves.

Not to forget the main city in Salento, Lecce.

This is cultural and university centre of Salento area. With huge old town with a lot of astonishing buildings this part of the city is the place which must be visited. There are a lot of churches with architectural appearance which is very specific for this part of Italy. 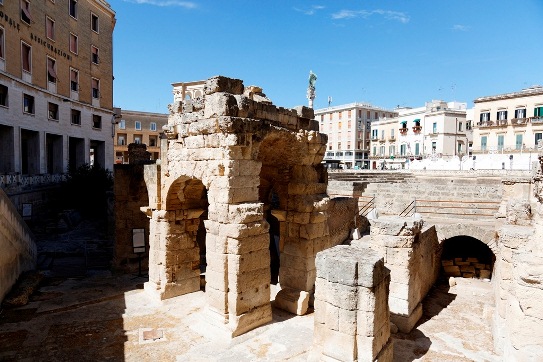 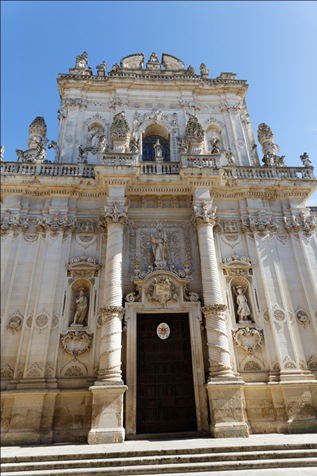 Actually, the architecture of the whole old town of Lecce is built in baroque style and this is something that makes this city well known. There are so many interesting shops in Lecce, but the most interesting and the most beautiful are those with decorates made from the paper. Paper is put in some specific liquid which makes it stronger and more suitable for the flexion and very skilled craftsmen make astonishing decorations from the small ones to the big decorations with many details.

In the near environment of the old town there is outside market with a lot of products specific for this part of the Italy, especially olive oil and great wines which are made here.

One more town nearby Lecce is Otranto well known because of the Straits of Otranto.

This amazing place will not leave you uninterested for sure. Since whole this part of Italy was Greek origin, the influence of Greek architecture is visible especially in this town.

Very cute old town is fulfilled with a lot of interesting romantic style buildings and this place is very visited, especially during the summer days. Here below a beautiful view of Otranto marina as you can see it from top of Otranto and its castle built up in the middle ages in order to protect town from invasions. 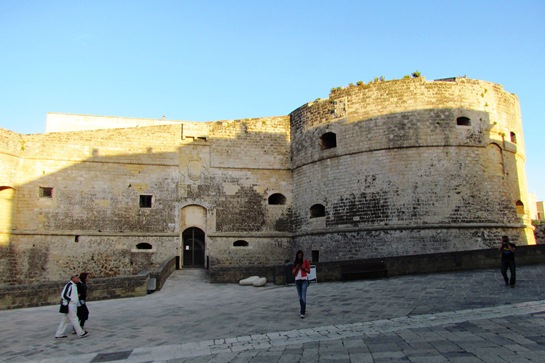 And at least all of the players came here because of the same passion called chess!

But that was not all in terms of chess, every evening one of the top chess players from A open gave one hour of chess lessons, which were very interesting and made possibility for all chess fans to learn something new and also to enjoy in discussions together with very good chess players.

These occasions are note so often for many of chess fans, so it was great chance to enjoy in these lessons. And that was not all, one evening for all lovers of blitz, the organizer arranged a middle week blitz tournament, where Gabriela Vargas outplayed most part of her opponents winning by a very consistent performance, congrats!

Of course, not to forget to mention the winner of the tournament, Horvath Csaba from Hungary.

Well done Csaba, warmest congratulations! Below are pictures of some awarded participants on both opens.

We can’t forget to mention that the organisers of the Salento Open had a very pleasant opportunity to host very famous Russian chess player GM Alexander Motylev, who spent some of his holidays here, made very beautiful photos which are used in this report and spent great time with all of us. Thank you Sasha!

And for all of this, a very, very great organisation the main ‘offender’ is the guy with those cheerful ladies on the photo below. Well done, Matteo (third from left in the photo here below… along with his TEAM: Stefano De Giorgi / President of FSI Puglia chess board, Adam Raoff / Chief Arbiter, Aldo Russo / President of Accademia Scacchistica Salentina and IM Pierluigi Piscopo from Copertino, who plays “at home” living just 15 kms from chess venue), you did really great job!

From our point of view, this was great tournament for chess players, opportunity for fantastic holiday for the working people (with their wives/husbands), nice chance to see some dear chess friends, and to introduce and become more friendly with other chess players, nice time to do some sightseeing and great possibility to meet some new people which came here from far away like very amusing guys from Kuwait.

Only for the guys, if you still have not regretted because you did not come to the Salento tournament this year in spite of all the reasons mentioned above, well, just to let you know that during the last days there was competition for Miss of Italy in the same resort, so swimming in the same pool with those ladies was one of the opportunities for chess players. Life can be very hard sometimes :)

What to say at the end aside from don’t miss the chance to visit ‘the heel of the boot’ next year :) Ciao!