“After the successful 2nd edition of the tournament in 2011, which ended with triumph of the Russian IM Oleg Spirin, with great desire and passion we started the preparation for the next event which will take place 25-29th July, 2012.”

We want to have another magnificent chess tournament this summer, and with the certain participation of the best young chess players of Sicily, we asked our friends from Chessdom to help informing other interested players about the possibility of visiting our beautiful Sicily. 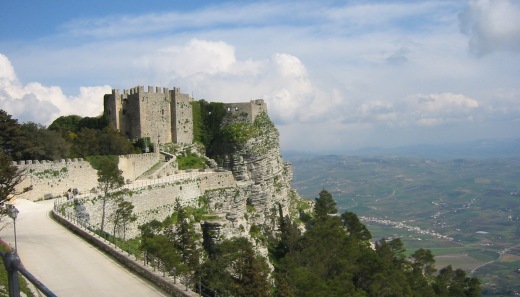 The playing venue is in Erice, near Trapani, a charming medieval town on the Strait of Sicily (Canale di Sicilia). It’s really perfectly suited to host a chess tournament with a climate that, even in mid-summer, is moderate and the playing conditions are superb without the annoying sound of air conditioning.

Erice in western Sicily (Italy) is 15 km away from airport “Vincenzo Florio” in Trapani (Ryanair Hub). It is a true tourist pearl of Sicily, located about 700 meters above the sea level overlooking the Canale, with a breathtaking views as far as to Mount Etna in the distance.

To arrive in Erice, you can reach Trapani by plane with daily flights of Fly Meridiana and Ryanair, offering connections from leading Italian and European airports at very cheap prices. 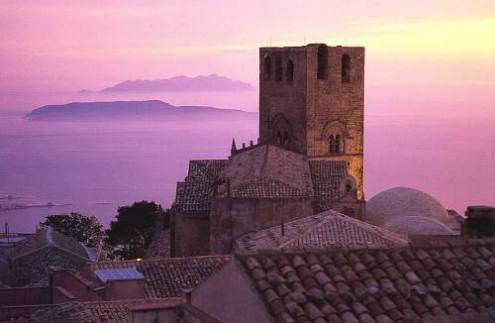 The Egadi islands seen from the roofs of Erice

The Festival includes a main tournament Open A, open for all rated players, and a Secondary Open Tournament B for unrated players. Both events will be held on 25-29th July in the halls of the palace Sales at Erice.

GMs, IMs and FMs can participate for free. The minimum total prize fund will be 2500 €. 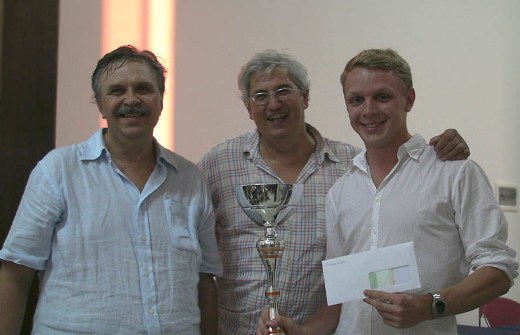 The winner of last edition of "Land of the Elimi" IM Oleg Spirin with the organizers S. Oddo and A. Monaco

Pre-registration must be received online at http://vesus.org/tornei/open-a-3deg-festival-internazionale-quotterre-degli-elimiquot-di-erice/ or by email webmaster@ericescacchi.it not later than 23:00 on 23 July 2011.

The list of invited foreign chess masters at the moment includes the Russian GM Vladimir Epishin, true legend of the chess world, the Finnish IM Tapani Carlos Sammalvuo for the first time in Italy, and IM Zivojin Ljubisavljevic from Serbia.

The novelty this year will be women players, beautifully represented by the youngest ever Italian champion WIM Marina Brunello, the fascinating Georgian WGM Sopiko Guramishvili and third-finisher in the recent Women Georgian Championships, WGM Nino Batsiashvili. 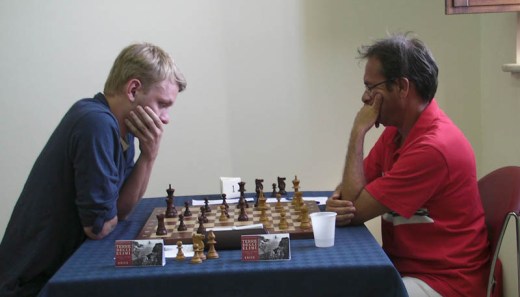 The organizers are also preparing a few more surprises before the tournament start.

We are able to recommend cost-effective solutions, especially for groups of three or four people, to reach Erice and stay there.