For the first time, Suwon, Korea, hosted the World Youth Mind Sports Fair 2015. The venue – none other than the Gymnasium of the Suwon Sports Complex which also includes the famous Suwon Football Club Stadium and is a National Sports Training Centre. 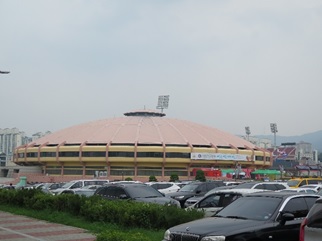 Previously the World Mind Sports Fair was held in Gangneung, Korea as an initiative of the Korean Chess Federation (KCF) and which has as its partners, the national associations for Baduk (Go), Bridge and Abacus and this has greatly contributed to the growth of all the games with chess being the biggest beneficiary with over 5,000 young players now playing the game.

A little known fact is that the very first World Mind Sports Fair had the 13th World Chess Champion Garry Kasparov as its guest of honour.

The opening speech was delivered by Hyun In-Suk, President of KCF who after welcoming the youth participants, international chess family and distinguished guests, went on to thank Nam Kyung-pil, Governor of GyeongGi province and Eom Tae-young, Mayor of Suwon which is known as the historical and cultural centre of Korea. 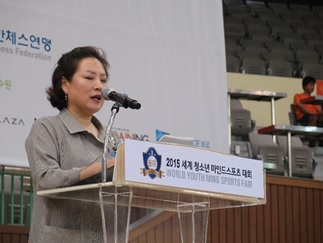 Seoul Mayor Eom Taeyoung also welcomed participants and guests, taking time to share the importance of intellectual and cultural activities as well as to invite all to take time to enjoy Suwon. 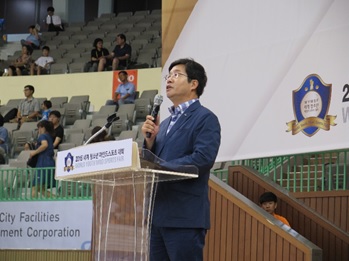 Lee Woo-Hyun, Member of National Assembly who is also Organising Committee Chairman then delivered his keynote address before officially opening the 3rd World Mind Sports Fair. In his address, Mr Lee expressed his gratitude to Hyun In-Suk, as well as Jung Chang Duk, President of Gangneiung Yeongdong University as well as the organisers, and hoped the fair would contribute to youth in Korea and internationally to take an interest in mind sports and sound sports culture. 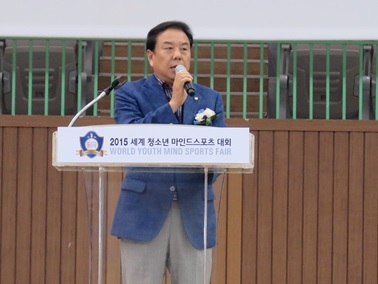 The participants earlier were treated to a spectacular song and dance performance which featured acrobatic displays together with outstanding musical and vocal accompaniments.

There are over 1,400 participants, with chess contributing 330 for the Rapid chess event in age groups from U-8 to U-18 in both Open and Girls categories. 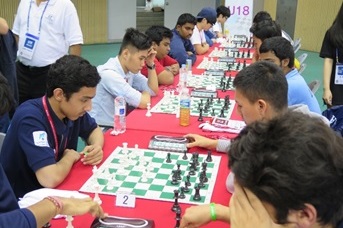