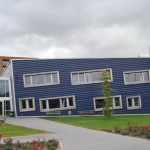 The Dutch chess club Paul Keres will organize the 45th Utrecht Open Chess Championships (OKU) in 2018. The tournament will be held from June 1 to 3, 2018. The OKU will be played at the Utrechts Stedelijk Gymnasium school close to the center of Utrecht.
Players will be divided into three groups according to FIDE- or national ELO-rating. Group A is only for players with a rating of 1850 or higher, Group B is only for players with a rating between 1500 and 1900, while Group C is only for players with a rating below 1600. The organization may deviate from these rules in exceptional cases. All groups will play a six rounds Swiss tournament following the FIDE-regulations.
The rate of play will be all moves in 110 minutes + 10 seconds added time per move. Additionally there will be a four-man Round-Robin (RR) for those who don’t wish to play more than one game a day.