From 10th till 18th of December the Memorial of Krystyna Holuj-Radzikowska Women Grandmaster round-robin tournament will take place  for the 4th time. The event will be held in Wrocław, Poland right before the European Rapid and Blitz Championship (19th till 21st of December). Both events are organized by the Votum Polonia Wrocław Chess Club – current Polish Team Champions.

The tournament is a chance for best Polish women players to compete against opponents from abroad. This year the whole Polish Olympic Team from Tromsoe will take part in the event.

During the last European Team Championships which were held in Warsaw in 2013 Polish Women Team took the 3rd place. It was not the only success of our women chess players in this event. In the last 5 Team Championships they took medals 4 times. The biggest and most surprising achievement is winning the gold medals in 2005 in Goetheborg. In the following Championships in Iraklion (2007) and Porto Carras (2011) our team won the silver medals. Among the participants of this years Krystyna Radzikowska-Hołuj memorial there is the whole Polish Olympic Team from Tromsoe 2014.

You will be able to follow the games live with commentary on the Tournament Website every day from 4 pm CET. 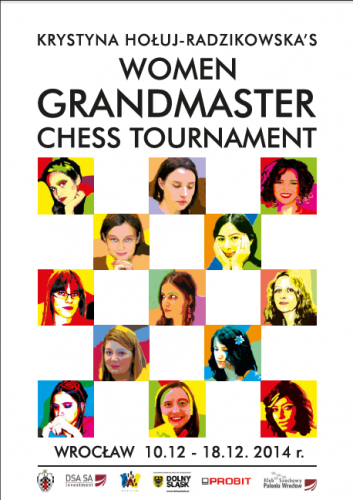 You can see more about the participants below: