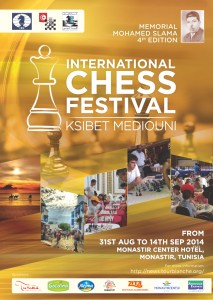 The 4th edition of Mohamed Slama Memorial will be organized by Chess Club La Tour Blanche – Ksibet El Mediouni from 31st August to 14th September 2014, at the hotel Monastir Center in the beautiful touristic city of Monastir, Tunisia.

The Festival is split into 6 groups. Four of them are scheduled to be held from 1st to 6th September:

A blitz tournament will take part on 7th September.

The tournament program includes many side activities, such as simultaneous games, animated by GMs, a game on a giant chessboard, boat trips, tourist excursions, etc.

The Festival will be played under the auspices of FTE and FIDE in a 9 round Swiss system with a time control 90 min plus 30 sec per move. The hefty prize fund in the amount of 10.000 $ is provided by the official tournament sponsor Slama Brothers Group.

Venue of play is the splendid Hotel Monastir Center****, situated in the center of the city of Monastir and adjoining a beautiful sandy beach. 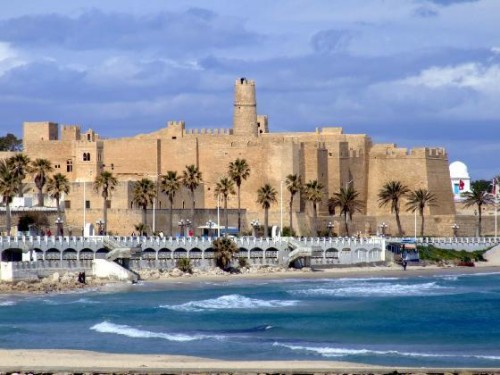 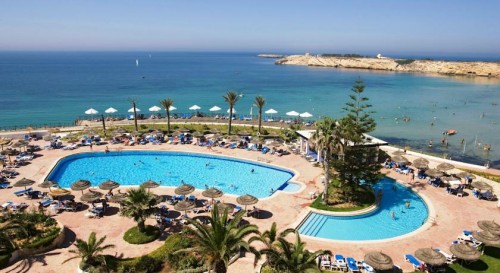 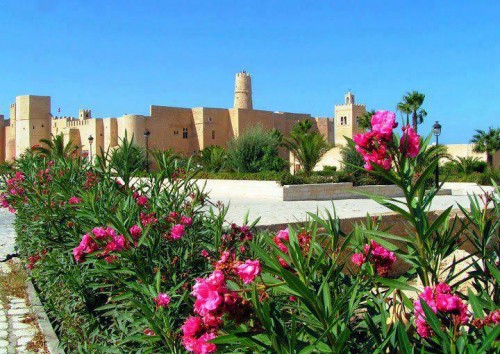 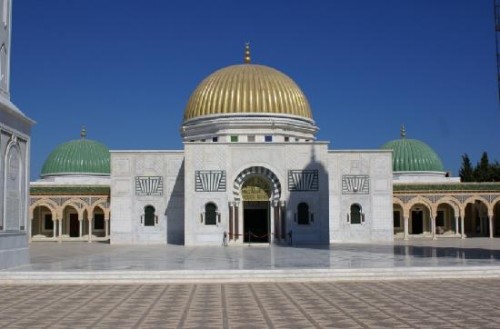 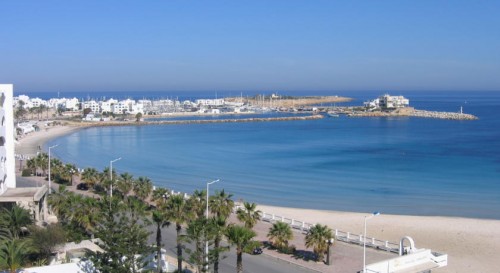