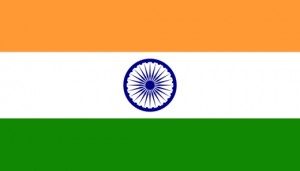 Neelotpal Das of PSPB inflicted a shocking defeat on the defending champion SP Sethuraman, also of PSPB in the second round of the ONGC 53rd National Premier Chess Championship, organised by Tiruvarur District Chess Association at Kasi’s Inn, Tiruvarur today.

Sethuraman started with the Anti Marshall variation the Ruy Lopez opening against former national Rapid champion Neelotpal Das of PSPB. The game was evenly poised until move 17 and Sethu began making some aggressive moves. But, his f4 on 20th move nullified the slight advantage he had and Neelotpal capitalised the mistake to launch a series of attack on Sethuraman’s pieces. Neelotpal grew with confidence, when Sethu had to lose a rook with nothing in compensation. The result was clear on the wall, when the queens were exchanged and Sethu surrendered on 34th move.

Vidit played another enterprising game today on the white side of the English opening against former Asian Junior bronze medallist IM K Rathnakaran of Railways. He did not bother to castle his king and pushed his g- and h- pawns forward and his pieces were controlling the centre effectively, whereas Rathnakaran’s pieces were dormant at the back ranks. Rathnakaran had to forego his queen for a rook and knight and he resigned on the 36th move, when he was about to lose his knight.

In the clash between two Karthikeyans of the tournament, the international master from Railways enjoyed a big advantage until the grandmaster from Tamil Nadu sacrificed his rook for a knight on move 22. The Railways player could have maintained the advantage by capturing the rook with his queen, but preferred to capture with the pawn, which caused a slight set back to him. Railways Karthikeyan managed to overcome the situation and better had a better chance to promote his seventh rank pawn than that of Karthikeyan Murali.The latter fought grimly a losing battle, extending to 53 moves, but in vain.

Shyaamnikhil of Tamil Nadu made up his yesterday’s unexpected loss by beating the PSPB grandmaster MR Venkatesh in a Reti opening, played by the latter. When Shyaam offered a knight sacrifice on 14th move, a counter sacrifice by Venkatesh would have fetched him better returns. Instead, he captured the knight with his bishop, not realising the danger ahead. Another exchange sacrifice and offer of a pseudo rook sacrifice by Shyaam helped him to grab the full point in just 32 moves.

Twice national champion Abhijit Kunte of PSPB could not hold on his rook and bishop advantage to the rook and knight of Praneeth Surya of Telangana in a Reti opening, as he failed in the race against the clock to complete his first 40 moves in the stipulated time of 90 minutes, with an increment of 30 seconds for each move. This is second such incidence in two rounds.

IM Arghayadip Das of Railways met his state mate from West Bengal for the second consecutive round, this time his opponent being GM Deep Sengupta of PSPB. The Caro Kann defence went off peacefully until almost the first 40 moves, when Arghyadip began to control the game. Arghyadip’s dynamic moves of his knight, rook, bishop and queen put paid to the hopes of Deep in 46 moves.

GM Shyam Sundar of AAI declined the queen’s gambit by Swapnil Dhopade of Railways as the game did not produce any decisive result and they drew the game in 25 moves by three fold repetition.