The 4th round of the Reggio Emilia tournament saw all three games producing decisive results.

Vassily Ivanchuk and Alexander Morozevich started with a quiet line in the Ruy Lopez but the position soon turned chaotic when Moro went after the a4-pawn allowing white to encircle his own f6-pawn.

Ivanchuk’s pieces started menacing around the black king and the defence was extremely difficult. After some mutual inaccuracies in the complicated position, Ivanchuk finally checkmated his opponent on the 52nd move. Replay the game with computer analysis. 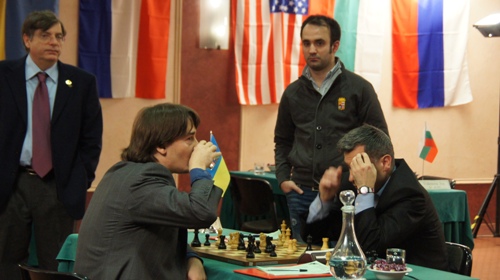 Nikita Vitugov’s original opening play soon led his game with Fabiano Caruana into the structure resembling the French defence. As white was lacking harmony in pieces’ development, he went for a principled decision to sacrifice the knight on e6. He got some pawns and black king stuck in the center as compensation.

Caruana stood passive but very solid and he slowly maneuvered his pieces to better squares. Vitiugov allowed too many exchanges in the hope of snatching more pawns, but black played with precision and eventually forced the opponent to resign. 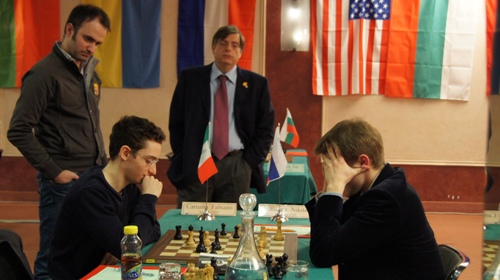 Anish Giri went for a faulty combination against Hikaru Nakamura and was left with a rook for bishop and knight. He probably missed the queen check on d4.

Even then white position was not that bad, with the possibility of moving the heavy pieces to the opponent’s back ranks, but Giri probably went low on spirits and allowed another mistake by offering the queens’ exchange.

Nakamura then seized the advantage and skillfully converted into the full point, avoiding the final stalemate attempt by Giri. 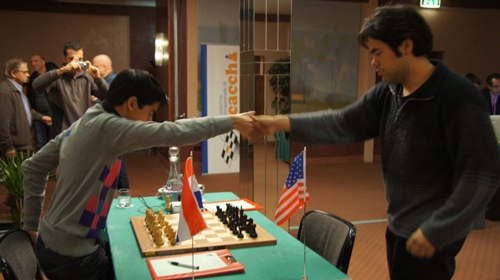 In the women’s tournament Sopiko Guramishvili gives another chess lesson, this time her victim was Iva Videnova. With a nice pawn sacrifice, white assured herself a winning position. The Georgian player continues her road to the trophy. Is there someone who can stop her? 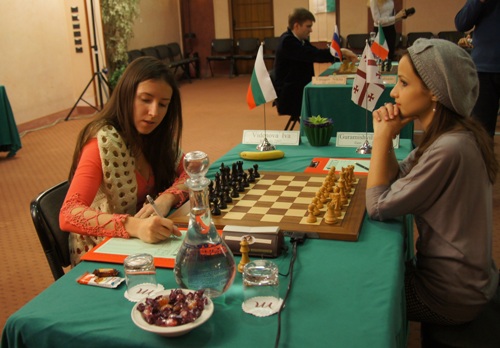 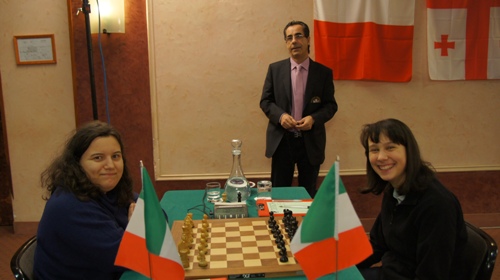 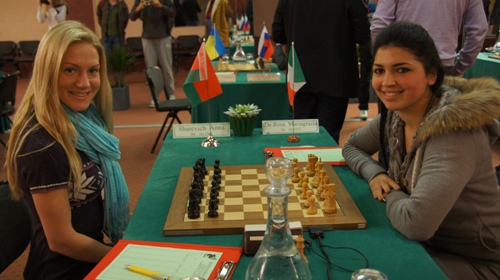 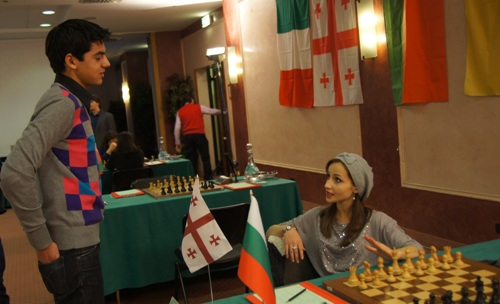