The second day of the Reggio Emilia tournament has been very exciting, the games between Giri and Morozevich, Nakamura and Caruana and Ivanchuk opposed to Vitugov have generated great interest in the audience and in the IM Giulio Borgo’s analysis room.

Anish Giri started his opening with some brave moves, but Alexander Morozevich later took the control of the situation and with few energetic moves he imprisoned the white king, which then became an easy mark.

After this victory Morozevich is leading the standings alone with 6 points (seen that in this tournament there are 3 points for every win and 1 for draw). 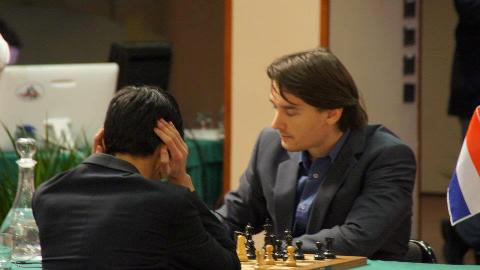 Second is Hikaru Nakamura who couldn’t break the defences of Fabiano Caruana and the English game eventually produced a draw.

The endgame between Vassily Ivanchuk and Nikita Vitiugov was dynamically balanced despite white holding the two knights for a rook. After the exchange of the queens a draw was agreed.

Hard day for the Italian ladies who couldn’t win any of the three games: De Rosa, facing Guramishvili, lost after a quite hard game and even the Georgian admitted that her opponent has played very well. 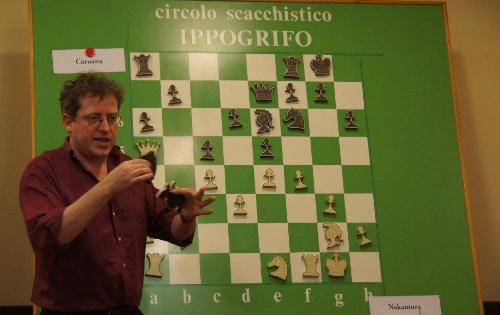 Chierici’s loss has been a real pity, her position seemed extremely promising, and the pawn sacrifice in the opening left Black in delay for the game development. The position looked won after Qg4, but after the black castling the Italian player realizes that Bh6 breaks against Qxc3.

The battle between Marina Brunello and Iva Videnova took to an extremely exciting ending with four rooks on the boards, but at the fortieth move everything finishes with a draw. 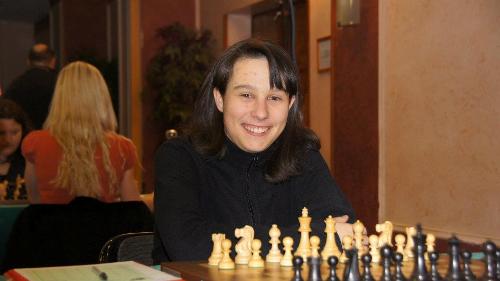 GM Alberto David returns to Italy and claims the national championship
The Italian Chess Championship 2012 was held from 30th October to 10th November at the NH Hotel Ambasciatori (corso Vittorio Emanuele 104) in Torino. ...

Interview with Fabiano Caruana
Fabiano Caruana talks about his game with Maxim Rodstein and Italy's victory against Israel in the 5th round of the European Team Chess Championships.