Alessandro Monaco: We have reached the fifth edition of our festival and the balance can only be positive: four years of passionate efforts in which we have continuously improved the technical level of our tournaments thanks to the accurate selection of the many foreign chess masters who have participated, often for the first time in Sicily.

The few brave participants of 2010 became the 100 protagonists of the success of 2013, and so this year’s “Terre degli Elimi” becomes of age and finally goes to 9 rounds of play and fully international.

Our organizational features, however, are still the same: hospitality, good organization and meticulous care of detail, simplicity, highest availability to all the guests, low accommodation prices during the tournament.

The tournaments will be held on 19-25th July in the halls of the palace Sales at Erice. 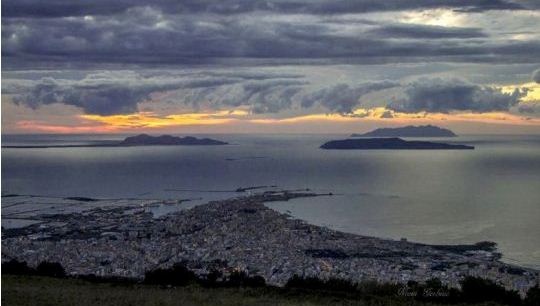 It will be one chess week in July to be lived intensely! Erice is a magic ancient place and in the afternoons you are free to visit places of incomparable beauty and charm as Segesta, the Egadi Islands, Zingaro, Scopello.

Erice in western Sicily (Italy) is located 15 km from airport “Vincenzo Florio” in Trapani (Ryanair Hub) at about 700 meters above sea level overlooking the Canale with breathtaking views going as far as Mount Etna.

To arrive in Erice, you can reach Trapani by plane (airport Vincenzo Florio) with daily Ryanair flights offering connections from leading Italian and European airports at very cheap prices.

And all this without suffering from the summer heat thanks to the micro-climate of the mountaintop and at unbeatable prices (our partner hotel offers a single room for seven days for only € 175!).

Ksenija Novak, Marta Przedziecka and Katarzyna Toma with the Castle of Venus in Erice

The Open A will be valid for international norms of FM, IM and GM. The total prize money will be more of 3500 €.

If you have never come to Erice this may finally be the right time! 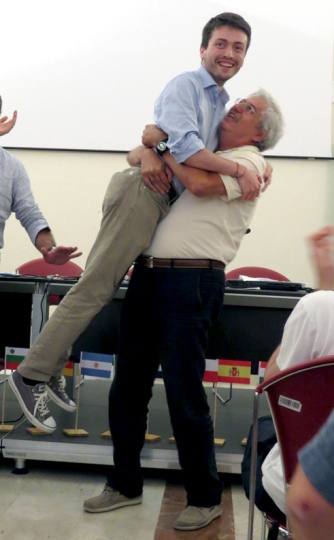