I am delighted to announce that the 5th London Chess Classic will take place at Olympia from Saturday December 7th to Sunday December 15th.

The 5th Classic will not feature top level Classical Chess, but it will be headlined by a world class Rapid tournament as well some celebrity contests if I can find some celebs that are brave enough.

The switch to Rapid is because Vishy Anand and Magnus Carlsen will doubtless be very tired so soon after the conclusion of their world title match at Chennai which is scheduled to end on November 26th.

The schools events will be expanded and the festival, with weekenders, FIDE Open, simultaneous displays and lectures will take place as usual.

The FIDE Open will probably act as a qualifier for the main event and there will be some Blindfold Chess and Chess 960 so it should be an all round chess extravaganza.

Tickets will go on sale in September after the field has been finalised. The venue will again be Olympia.

Please watch this site for more information including the festival entry form. Latest developments will be posted on Twitter via @londonclassic. Once again there’ll be a cutting edge live broadcast and I’m looking forward to welcoming you to the biggest Classic ever. 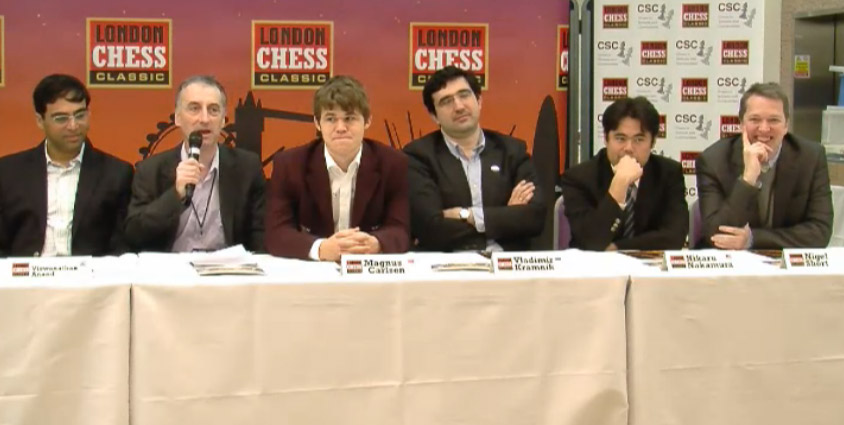