The Norwegian GM Simen Agdestein (2620) was forced to resign in a game against a 6-year-old girl. 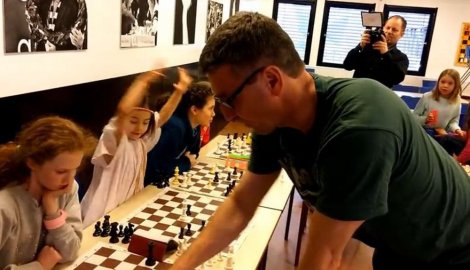 The young Like-Merlo Heliesen was named by her parents after the famous sort of grape used for one of the best kinds of red wine in the world. Anyhow, Like-Merlo proved to be more than gifted for chess, defeating the experienced Grandmaster who is a seven-time Norwegian chess champion for men.

According to the Norwegian website The Local, Like-Merlo checkmated GM Simen Agdestein, while he was delivering a simultaneous exhibition to nine girls. Agdestein is ranked 171st in the World’s FIDE ranking, with current Elo rating of 2620.

– She plays excellently and she is much better than Magnus Carlsen at her age – said Agdestein, who has been training the reigning World champion Carlsen.