This year’s London Chess Classic offers a unique opportunity for a few amateur players to experience what it’s like to face a legend of the game in a genuine one-to-one tournament game.

Before the superstars cross swords with each other (10-14 December), the ‘Super Six’ are going to take part in the ten-round Super Rapidplay Open, over the weekend of 6-7 December, which is open to all to enter. The time limit is 25 minutes for all the moves, with ten-second increments. The first prize is £8,000. 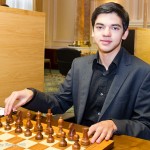 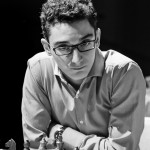 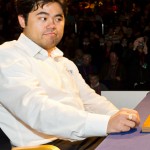 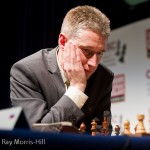 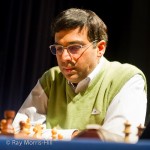 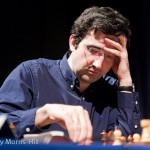 The Super Six will compete against junior players in the first round. A draw will be made on Thursday. Thereafter, tournament pairings will be made in the usual way, so, as the UK national lottery adverts used to say… it could be you!

Seriously, this could be an amazing, once-in-a-lifetime opportunity for a keen competitor. Playing a superstar in a simul is a special experience, but a one-to-one game against an elite player is in a different dimension altogether.

It is practically unprecedented in the modern ratings-conscious era for the world’s top players to step down from their lofty pedestal and mix with all-comers, so it will be very interesting to see how they fare. All six star players have been active recently, and it is clear that one or two of them have done so with an eye to some practice for the London Classic Super Rapidplay.

Fabiano Caruana has been in the thick of FIDE Grand Prix contention a month or so back, and he has been taking a well-earned rest since then after a particularly exhausting schedule. He arrives in London as the world’s top-rated rapidplay player – one of the few distinctions not currently enjoyed by Magnus Carlsen – so he will be motivated to do well and keep his rating ahead of Magnus’s.

Vishy Anand will come to London fresh from losing his second world title match to Magnus Carlsen in Sochi, but he gave a very good account of himself in a very close match and can by no means be considered in poor form.

Hikaru Nakamura contested a tough match in Saint Louis with world number five Levon Aronian. They tied the classical match but Hikaru won their blitz play-off, so he will have a spring in his step when he arrives in London.

Vladimir Kramnik, even as I write this, in the thick of the Qatar International, which must rank as one of the strongest opens ever held. Vlad usually confines himself to elite round-robin chess, so perhaps he is getting in some practice at the more rough-and-tumble chess to be found in Swiss system events before getting competing in the London event. He’s doing well in Qatar and will be hoping to carry some positive form into his London appearance.

Anish Giri is also in the thick of the action on Qatar. In fact, he was burning up the field with 6/6 until paired with… Vlad Kramnik! The former world champion, playing White, gave him his standard Catalan treatment to peg him back to 6/7. So both of them are co-leaders with only two rounds to go – and then one free day for travel before battle commences again in London.

Chess in Schools and Communities (CSC) are very pleased to announce that all women and under 25s (as of 5 December 2014) will receive free* entry to all tournaments that they are eligible to participate in. In addition, under 25s will be entitled to one free ticket per day to see the super-grandmasters participate in the Super Six event. (*open to UK residents only)

The table above shows the elite players ratings as of 1 December 2014. For the purposes of the Entry form for all events: http://www.londonchessclassic.com/downloads/LCC_2014_Entry_Form.pdf

As is standard at the London Classic, spectators will of course be able to enjoy the action on the official website.

For information on the event, please e-mail us at info@londonchessclassic.com