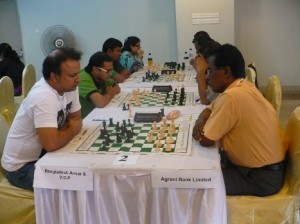 The 8th Bangladesh Games began on 20th April and will be held up to 28th April. There are 31 disciplines in this event. It was organized by the Bangladesh Olympic Association, and for the first time they included chess as a new discipline of the Games.

94 players including 5 Grandmasters and 2 International Masters from around 60 divisions, districts, forces, Universities and other government organisations participated in the Men Rapid Individual Rapid Chess.

The Classical Chess Mixed Team Event began from 23rd April. The team championship is being held in 7 round Swiss-League System. 18 teams are participating in the team event. 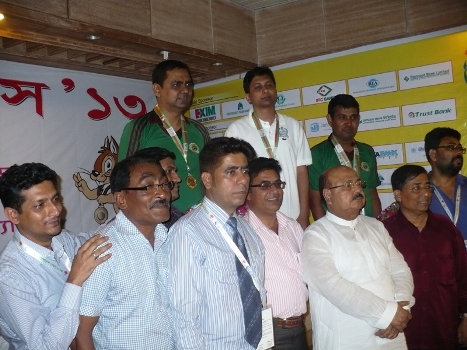