The day started with six players having a perfect score. Only one of them was able to win his first 2 games, Azerbaijani GM Rauf Mamedov.

Mamedov’s first victory was against GM Shekhar Gangluywith the white pieces. It took 72 moves to break the resistance of the Indian. The game finished in a position where  white has mate in two despite the fact that his opponent will soon promote his a-pawn to a queen.

The second win had a totally different nature. The Azerbaijani played a sharp Sicilian Defense to defeat GM Anton Korobov with a direct attack against his king. Black kept his king in the center in order to organize a strong kingside attack with the help of a rook on the g-file. Korobov resigned on move 30 when Black not only had won an exchange but also maintained very strong attacking chances. 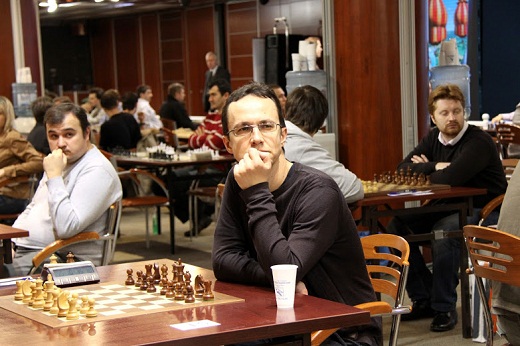 The seventh round finished with draws on the first 8 boards, thus keeping exactly the same leaders at the very top, Rauf Mamedov and Sanan Sjugirov. At the same time, the chasing pack grew extensively; 20 players were one point behind the leader.

One of the flaws of the system used this year presented itself in the very beginning of the 8th round. Since there were 32 spots to qualify and most of the players are professionals who are trying to at least earn some money from qualifying, they started to do what was best for themselves: making quick draws.

10 out of 16 games finished in draws that lasted less than 5 minutes. Some of the players had the decency to at least play eight moves, but some of them just shook hands after three moves were played. For example: Efimenko – Kashgaleyev, Chadaev – Guseinov, Smirnov – Reshetnikov, etc.

This incident came as a surprise for the chess world because one of the ideas behind creating a rapid tournament instead of a classical one was to increase the entertainment value for the spectators.

The only exception was GM Gata Kamsky, who proved why he has stayed so long on the elite by beating the tournament leader Rauf Mamedov in 30 moves. The only decisive game on the top boards came precisely in the first one. Bravo Gata! 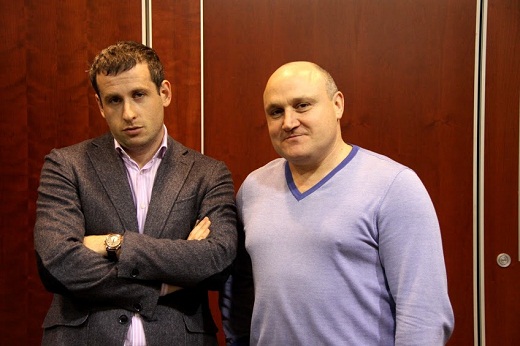 The RCF representatives must be dissapointed

The last round saw the same scenario as the round before. All the top boards finished with quick draws, and this time not even Gata Kamsky looked for a victory, given that his qualification was absolutely certain with the half point.

At the start of the round, three players shared the first place with 6.5 points: Kamsky, Sjugirov and Mamedov. Behind them, a large group of 27 players shared the 4th-30th places with 6 points. All games played by these players finished in a quick draw of 15 moves or less.

The only “unfortunate” player of this pack who had to face a rival willing to fight was GM Mikhail Mozharov, who lost against the Indian GM Abhijeet Gupta. 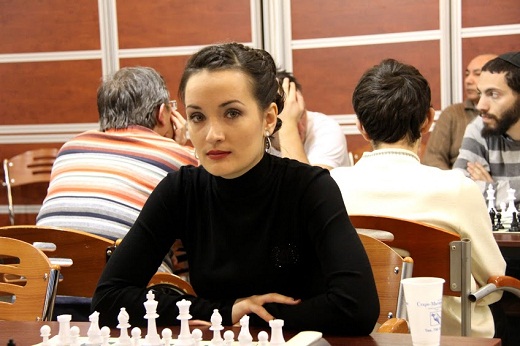 Kateryna Lahno stayed out but was the best female

After these two disappointing rounds, the result was that 4 players stood out with a 7 points score and 29 tied with 6.5. The unlucky player that was eliminated was Russian IM Andrey Gorovets.

Among the qualified players, only one of them is not a Grandmaster: IM Alexey Reshetnikov. It’s also worth to point out that 18 out of the 32 are Russians, as was expected given the amount of participants from the organizing country. 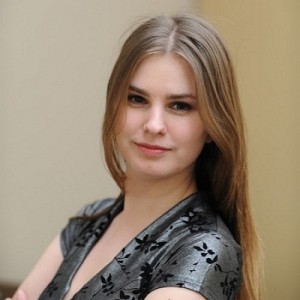