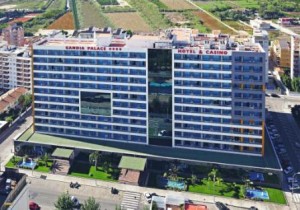 The Absolute Championship of the Valencia Community 2013 is taking place on 6th-14th April at the Hotel Gandia Palace in Gandia, Valencia – Spain.

The eight strongest players from the Community of Valencia are battling in a single round robin event. The time control is 90 minutes for the whole game plus 30 seconds increments from move 1.

The event is valid both for FIDE and FEDA ratings.

Among the eight participants, there are two IMs and two FMs. The rating average of the players is 2334. IM Antonio Granero Roca is the first seed.