The beautiful days of Forni di Sopra also allow us to underline an important success of our chess movement: Accademia Internazionale di Scacchi has in fact recently received the title of FIDE Chess Academy! Only four schools in the world can boast of this recognition, very attentive to all aspects of academic and sport results obtained.

It is required the presence of a FIDE Trainer (Martha Fierro), various Grand Masters and International Masters among instructors (Roberto Mogranzini, Augusto Caruso, Carlos Garcia Palermo, Oleg Korneev, Federico Manca, Manuel Leon Hoyos, Sergio Mariotti, Carlos Matamoros, an awesome staff!), we must analyze the followed methodology, the activities conducted in schools, with team work experience, through the results obtained by students (among others we could cite the same Leon Hoyos, Federico Boscolo, Laura and Tea Gueci, or training courses conducted with Marco Codenotti and Andrea Stella).

A prestigious and difficult path that began in 2006 with the founding of Accademia by Martha Fierro Baquero and Roberto Mogranzini, later assisted by Master Augusto Caruso, who today are involved in the project “Chess in School”, with thousands of young people involved. Roberto and Martha surprise me when they say that they both started teaching chess too young, already at 16/17 years, a vocation so long. At the time of the founding of Roberto Mogranzini had several students related to its activities in Umbria.

Martha’s experience is obviously more international then the absence of a valid chess activities in Ecuador, since very young she lived for most of the year in New York, teaching in the “Chess in the schools.”

The age and New York lead me to ask Fabiano Caruana, who has met Martha when he was only 8 or 9 years. Among the memories there is Fabiano’s participation to Masters tournament in New York, where he required a minimum of 2200 Elo but Fabiano, 10 years at that time, just over 2100, was allowed to participate as a young man of great talent; it dates to this tournament his first victory against a GM, the late Aleksander Wojtkiewicz.

We stay in the U.S. for a while to talk about Manuel Leon Hoyos, currently at the Saint Louis University, studying economics thanks to the Susan Polgar’s grant and playing for a college team which includes Wesley So, Ray Robson, Georg Meier … That’s the university made in the USA! 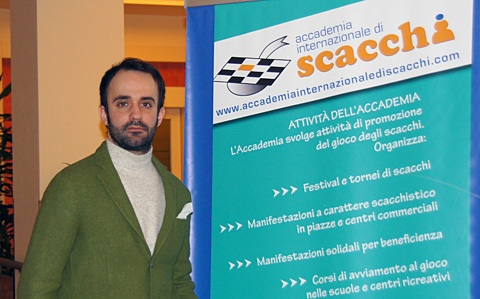 Going back to the early steps of the Accademia with the activities in schools, the students’ growth, classes via the Internet, the ongoing relationship with local institutions (which today sees the Accademia strongly recognized in the context of Perugia and Umbria) and last but not least the expansion of the staff, the aforementioned GMs and IMs.

The opportunity given by Accademia and its rapid growth becomes a stimulus to creativity and organizational skills, with an activity that deals with chess in every social aspect, even in terms of organization, promotion, increasing of international relations.

We speak even about Reggio Emilia’s tournament and Roberto mentions the enormous amount of work required by the organizational commitment, in advance of many months and a staggering array of details to build and maintain.

They talk of the great players participating, the genius of Ivanchuk, nowadays great friend of Accademia, the timidity of Morozevich, the sympathy of Anish Giri (who, the only world’s young super GM, that in his free time speeks about anything other than chess!), and superstitions of the many small requests of big players (with the tranquility of Fabiano and Giri that are the exception).

Even in the next edition there will be the women’s tournament, other gem added last year, which was personally wanted by Martha that is, among others, Vice President of the Commission for Women’s Chess FIDE. 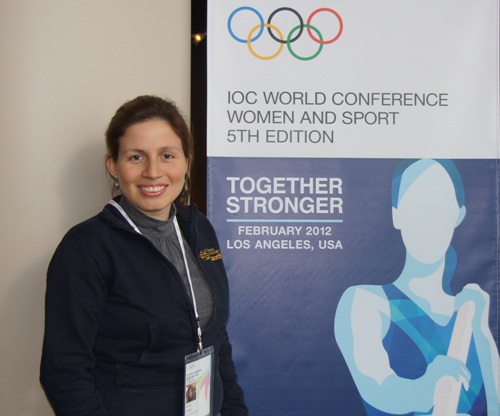 Among the many experiences and events of the Academy also seem very interesting the promotional events held at fairs and malls, which represent an opportunity that captures the attention of so many “curious people” who feel the fascination of chess, with a public response which is very interesting for the host’s commercial and promotional aspects of our noble game.

Difficult to summarize all the activities and initiatives: last year, for example, working with Alexey Dreev, a guest in Perugia for a significant period. Interesting even the possibility of housing in the Accademia. In short, much work, intense and growing business.

The highest level of recognition by the FIDE crowns the development of these years of Accademia Internazionale di Scacchi of Perugia, and it is important to note that this is a development that is continuing with further ideas and initiatives. It ‘s too early to evoke them but I have to say that Accademia’s efforts and projects affect for creativity and dynamism.

We’ll talk certainly and gladly in the future! In the meantime, congratulations to the Accademia for the FIDE title and thanks to Roberto and Martha for this further contribution to our chess movement!