Two semi-final matches of the ACP Masters were held on Wednesday in the Israeli city of Ashdod. The winner of the preliminary group B, Ukrainian Vassily Ivanchuk met the runner-up in the preliminary group A, Russian Ian Nepomnianchtchi. In the first game the Russian, as black,  sacrificed a knight for attacking chances but eventually had to settle for a draw by perpetual check.

In the second game Nepomniachtchi missed a nice forced win in the middle game and then was tempted again to a knight sacrifice for what looked like a strong attack. Nevertheless his attack came pretty soon to a dead end and he lost the game and the match 0.5: 1.5

The other match, between the winner of the preliminary group A, Israeli Boris Gelfand and the runner-up in group B, Frenchman Etienne Bacrot was way more dramatic. In the first game Gelfand overlooked simple tactics which cost him a whole Rook and consequently the game. In the second game Gelfand won a pawn in the early middle game and patiently converted it to a winning ending and equalized to 1:1. The tie break was consisted of two blitz games with time control of 3 minutes and 2 seconds increment added to each move.

In the first game Bacrot won on time in an equal queen ending but was trapped in a mate net in the second one. The decisive game was a tragic Armageddon where Gelfand lost on time with an advantage of a Rook and a Knight. All games may be found here: http://www.acpmasters.com/pgn/

The final will be played between Ivanchuk and Bacrot on Thursday, December 10th at 15.00 in Kivoonim centre, 4 Hatzionut st. Ashdod and will be consisted of 4 games of 15 minutes per player plus an increment of 10 second added tom each move.

Enjoy the photo report below, kindly provided by Moshe Slav. 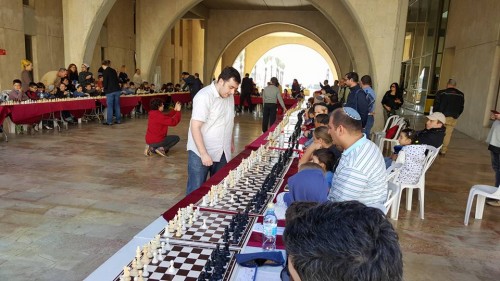 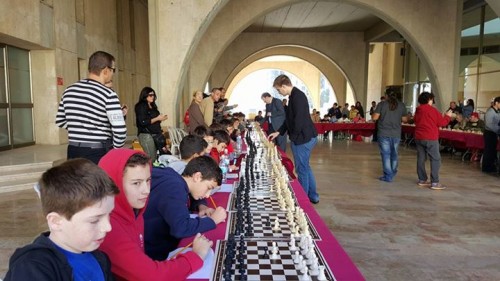 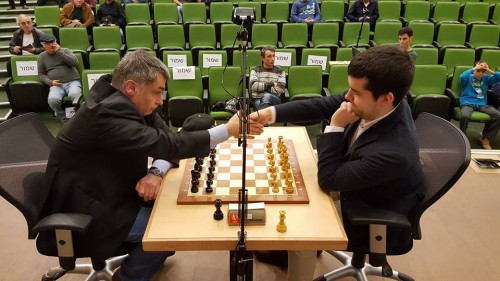 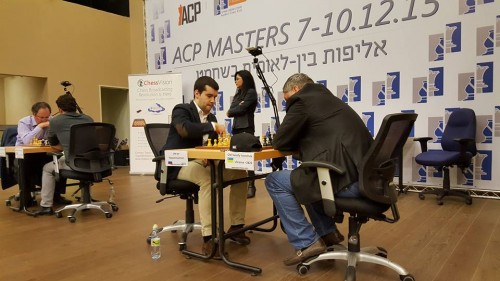 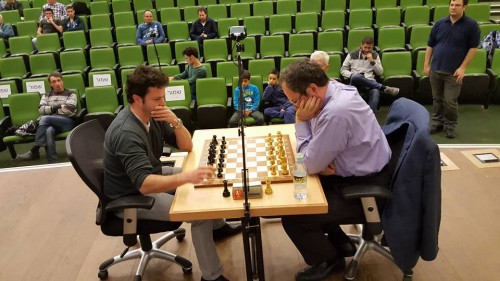 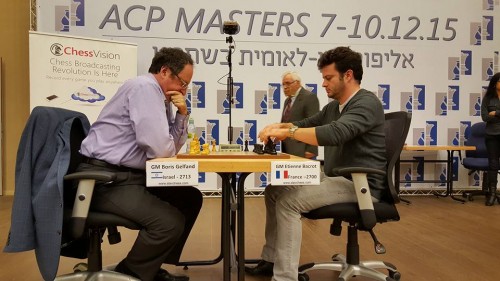 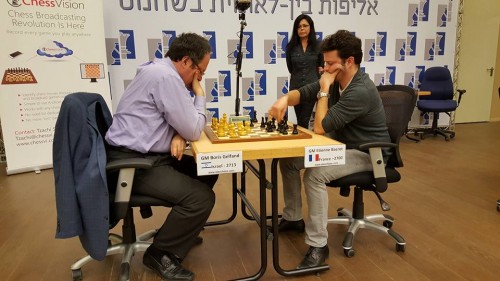 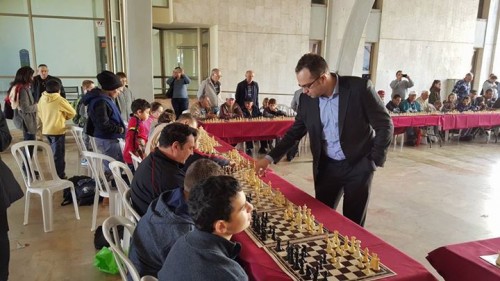 Aronian, Giri, Kamsky, Ivanchuk about Tata Steel round 10
Levon Aronian, Anish Giri, Gata Kamsky and Vassily Ivanchuk sharing their impressions about the 10th round matches in the Tata Steel A tournament. Replay the ...